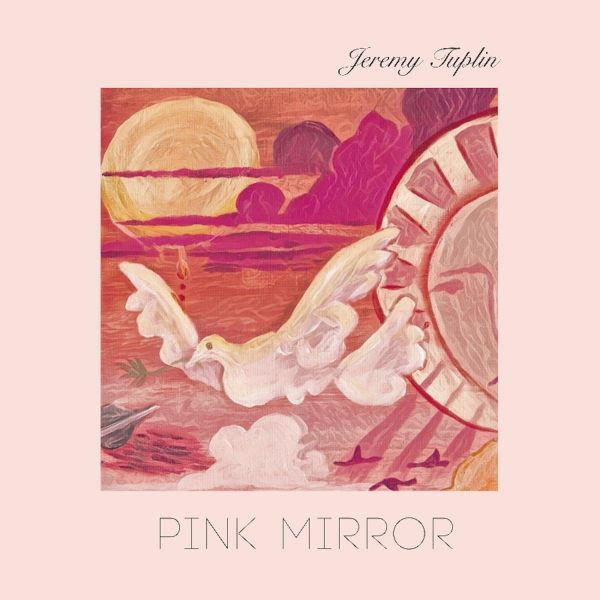 Folk-rock lothario Jeremy Tuplin takes on a heavy theme in Pink Mirror, yet manages to come out the other side with a set of songs that provoke joy and never let you maudle.

Tuplin’s main theme for his sophomore record was "human nature’s so-called dark side”, yet he insisted that listeners would still be taken on a “jovial sojourn”. Happily, he delivers upon that promise with absolute distinction.

The album meanders between songs where we find Tuplin alone with his guitar, and far more ornate tracks complete with a full doo-wop band and backing singers. It’s an intoxicating, enthralling mix.

Latest single "Humans" is the best showcase of Tuplin's sparser style. It’s about his unconditional love for us curious beings in our various states of existence: when we’re dragging ourselves to work at ungodly hours with our coats zipped up tight, when we’re talking shit in a bar after a few drinks, when we’re trying to convince ourselves we know everything there’s to know about life though in reality it’s a complete mystery. The instrumentation may not be as ridden with joy as the rest of the record but the sweet rise and fall of his voice - a principal feature of the album - keeps it cheerful.

Tuplin never sounds like he’s too far away from a cheeky wink when he employs his deep tones, occasionally recalling the likes of Jarvis Cocker. "Love’s Penitentiary" is a case in point, just about the album’s most bright and breezy song, the percussion sounds like something from a Vampire Weekend record while the keys and piano in the chorus will have you kicking your shoes off and sliding along your wooden living room floor. You won’t feel much sympathy for Jeremy "doing time in love’s penitentiary" when his song is delivered as joyously as this but hey, that’s how he’d want it.

The title track is perhaps the album’s strongest moment. Tuplin shows off his acerbic wit throughout the entire record but it’s at its strongest here. "Looking up weird shit on the internet like how to murder your ex-lover and get away with it”, he chides about yet another flawed character drawn from his impressive cast that rotate in and out on the album. The titular pink mirror represents the rose-tinted spectacles through which we often view our world and our place within it. This album won’t have you casting those spectacles aside though; instead it will shine its fluorescent gloss at you and make everything seem rosy even in the darkest of times.