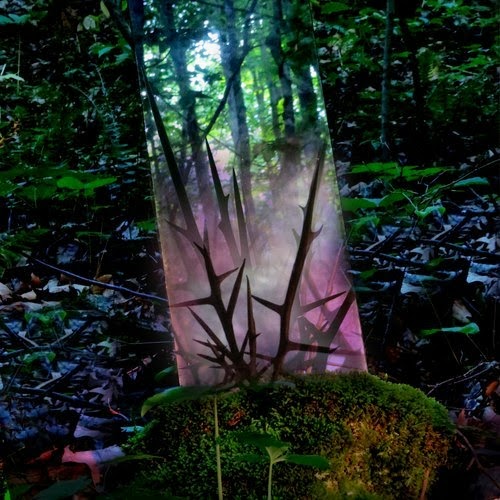 Contemporary R&B, which for a while felt like it was on the brink of collapsing under the weight of overwrought vocals and dull pop glitz, has adapted surprisingly well to the internet age. A period out of the chart limelight might even have been exactly what it needed. Smart new voices like Frank Ocean and The Weeknd are throwing their home-made sensibilities against the backdrop of the genre’s chart-dominating heyday, introducing new influences and cutting out the sag. The digital revolution has also brought with it a new cottage industry of R&B revisionists, bedroom alchemists like Active Child and How To Dress Well, who pick at the genre’s seams and sew it, along with a bunch of other materials, into new shapes.

Nashville-based Austin Wilkinson and Elvis Craig, aka Jensen Sportag, pick at those stitches harder than most. 2011’s Pure Wet EP proved the pair’s wide palate and deft touch as producers, along with their single “Gentle Man”, which spliced breathy R&B vocals with a cantering pop beat and off-kilter effects to swoonsome effect in the same year.

Stealth of Days (which is being billed as the duo’s debut LP despite previous full-length Untitled, released on Midisport in 2006 and fairly tricky to track down now) is a fuller and more detailed exploration of Wilkinson and Craig’s astonishing electro-literacy. On top of its classic R&B foundation, the album pulls in textures from a host of electronic sub-genres. And much like occasional R&B plunderer Ariel Pink, Stealth of Days trades on the half-remembered nostalgia of bygone sounds. “Rain Code”, boldly avant-garde for an opening track, plays out like a lovingly rendered soundboard of early 90s smooth jams, as snippets of layered vocals and caramel synths appear and recede like ghosts in a fog.

It’s the kind of dismantled songwriting that can so easily end up eating its own tail, but Jensen Sportag’s top-notch production makes an ideal curator for this library of genre and hazy memory. “Bellz” raids the house archives for the album’s most danceable beat, “Under the Rose” sports some funk-inflected slap bass and “Six Senses” stirs some UK garage into its sultry mix, but every track reverberates with the distant echoes of R&B’s glory years. It’s thanks to the pair’s judgement and production skills that Stealth of Days balances its intricacies with its overall vibe so well, and on a purely aesthetic level, tracks like simmering highlight “Hidden, Hunted” are just a gut-level pleasure to listen to.

Admittedly, in the midst of all the technical wizardry and encyclopaedic sound-stitchery, Stealth of Days has a tendency to stray too far towards the academic. Although the album makes a magnificent frame to display and accentuate the music it’s celebrating, the end result lacks a little of the clear emotional connection that an album needs to start stealing hearts. But even if its emotional distance pushes it a bit too close to an intellectual exercise for comfort, Stealth of Days remains a fascinating and rewarding listen, whether or not you’re an R&B nostalgist.

Stream the album in full over at Hype Machine.