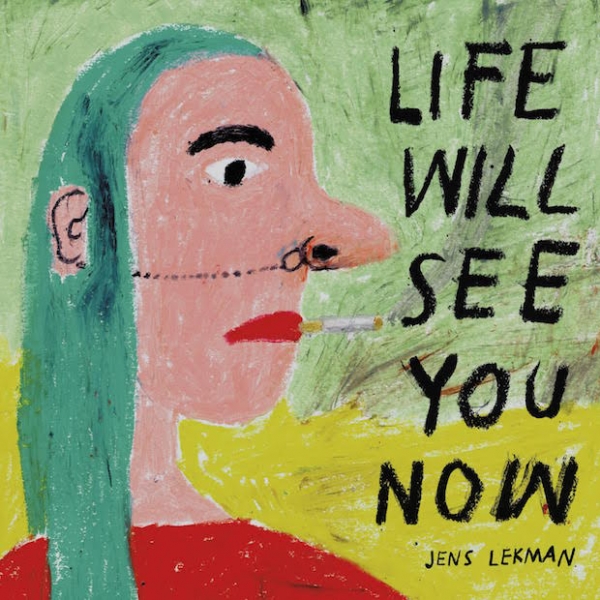 There’s a technique for writers known as free-writing, which is often used for breaking out of ruts or periods of self doubt.

In it, you set yourself a time limit and just write whatever comes to mind without stopping until the time is up. What you usually end up with is usually riddled with errors and mostly nonsense, but there’s always something there to push you on.

When Jens Lekman was going through his period of self-doubt and wondering whether to even continue making music, he decided to do his own bit of free-writing (albeit more polished than what might come from most writers’ pens). He set himself a challenge to release a new song every week in 2015; little “Postcards” of what was happening in his life and in the world.

Reactive (one was a call to donate to a cancer charity created by Camera Obscura’s Carey Lander shortly before she passed away) and reflective, they weren’t all hits, but they weren’t phoned in either. Real care and attention was put into each song, even if they didn’t all work.

Off the back of this project, newly inspired and ready to weave more beautiful tales, Lekman’s fourth album, Life Will See You Now, was born. Much like his previous records, he digs deep into the minutiae of life and manages fill them with a sense of wonder; making the mundane marvellous.

The pictures he paints are often so vivid they feel more like vignettes than songs. Lekman isn’t a man to keep things broad, taking a micro view of events, right down to the artists being played on the radio in opener “To Know Your Mission”. This attempt to capture every little detail does occasionally lead to moments feeling a little forced but, at the same time, they also dig up beautiful nuggets that would otherwise be missed.

“To Know Your Mission”, a story of a Mormon missionary who begins to question who they are, features the wonderfully simple yet witty line, “He bumps into a teenage boy leaning against the fence / who takes his headphones off and introduces himself as ‘yes’”. It’s charming in its simplicity and relatability and could easily have been lost if Lekman had preferred the broader approach.

Every song is laced with a touch of magical realism, blurring the line between art and life. “Evening Prayer” focuses on someone who manifests their mortality by 3D-printing a replica of the tumour they had removed and keeping it in their breast pocket. Lead single “What’s That Perfume That You Wear?”, meanwhile, manages to conjure a Proustian rush of lost loves, hotel shampoos and the salt from the ocean simply from a whiff of perfume.

But when he really digs in and removes the masks, as with the quietly sad dissection of toxic masculinity on “How Can It Tell Him”, where Lekman tries to find the words to talk about a platonic love with his best friend, it really strikes you. The veil has been dropped which makes lines like “He shouts ‘later dude’ / I think ‘yeah, I love you too’” hit all the more harder.

Unlike his previous records, however, Life Will See You Now takes on a much more cheery tone, even during it’s most existential moments. The baroque pop pomp and Northern soul beats of tracks like “Sipping On The Sweet Nectar” have been replaced with calypso rhythms and disco grooves, especially noticeable on the steel drum fuelled “What’s That Perfume That You Wear?” It’s the perhaps the closest the comparisons to Edwyn Collins have been realised; that wonderful blend of sparkling joy and maudlin reflection.

Album highlight “How We Met, The Long Version”, which almost seems to be Lekman taking the mick out of himself by broadening his scope from life’s little moments to the creation of the universe, is his most immediately danceable track. His usual Stephen Merritt-esque wistful romanticisms are still present, but this time lacquered with lush brass and strings alongside a looped disco riff.

“If you're gonna write a song about this, then please don't make it a sad song”, sung by Tracey Thorn on “Hotwire The Ferris Wheel” is probably the most telling rationale for this change. Said by one of his friends, it led him to realise he had a choice in whether he wanted to see something as a happy memory or a sad one.

Now 35, the Jens Lekman of Life Will See You Now is very different to those of previous records. While his love of detail is still here, he’s also realised he needs to take responsibility; that life is for the taking and those sad memories are actually useful ones. It’s an album of trying to understand why things happen, from burnt bridges to that first fight in a relationship, rather than simply realising they have happened.

There are things he can’t yet comprehend, as detailed in the Latin grooves of “Wedding In Finistère”, but, to him, that is the beauty of life. Life is weird and random, the smallest things sometimes having the biggest impacts, and Life Will See You Now celebrates that in glorious style.