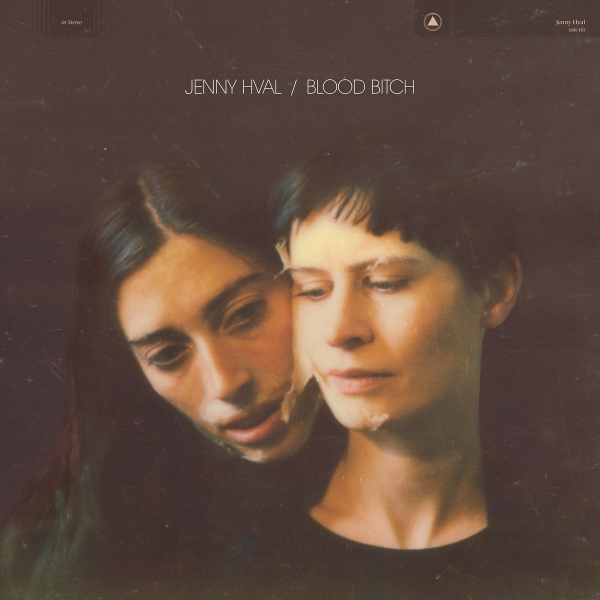 These are some of the ways in which we attempt to explain the music of the ever-inventive and fascinating Norwegian artist. Ways to try and avoid the grey areas, to have things explained and nicely compartmentalised so we can be content and move on to the next thing on the list and find a place in the world for that.

One thing is clear. Jenny Hval makes music – brilliant music. Blood Bitch is the fourth album under her own name following Viscera, Innocence Is Kinky and the truly astonishing Apocalypse, girl, and it’s her best to date. It is, dare I say it, pop music at its finest. Provocative, thoughtful and enrapturing, it’s a record in some ways about trying to find a language in which we can truly talk about music.

Mostly – sort of – Blood Bitch is a record about vampires. Blood too, and menstruation, and the female body, a recurring theme of Hval’s. Sort of. At times it’s an album about failure and ritual; the former hints at Hval’s attempts to define herself, and fail to, in a capitalist world she doesn’t particularly want to be a success in, the latter comes partly from the 70s vampire horror films of Jesus Franco and Dario Argento which inspired much of what we hear sonically on Blood Bitch.

There are drones and white noise scattered across Blood Bitch and some spoken word conversations (often interrupted as it happens, as if to stop us from truly getting to the heart of Hval’s album), but once you get a few listens in there’s a realisation that it’s Hval’s most catchy record to date. Whether it’s the pulsating, gothic synths of “Female Vampire”, the haunting choir sounds and lilting piano which provide a feathered bed for Hval’s gorgeous higher register vocal on “Conceptual Romance” or the truly beautiful “The Great Undressing” there are many moments of brightness which make Blood Bitch such an inviting listen.

That idea of a conversation, or working through something to try and avoid failure is right there on a number of songs. Hval sings “I don’t know who I am, but I’m working on it. I’m high on madness” on “Conceptual Romance”, while a male voice – possibly Adam Curtis - says “nothing makes any coherent sense” and that we “live in a state of confusion and uncertainty” on “The Untamed Region”.

On the same song, Hval tells a story of getting her period in a hotel while on tour. She becomes the vampire, failing at life but succeeding at death but addresses it with her trademark humour. “Then I feel the need to touch everything in this room…like a dog I’m marking everything that belongs to no-one”. There aren’t many songs in the pop canon which address menstruation in such a forthright manner, but perhaps there should be more. When she sings “don’t be afraid, it’s only blood” on “Period Piece” it’s a counterpoint to the opening line of the same song where Hval states “failed every period”. It’s okay to fail in this society which is already failing us, and it’s okay for us to not be able to find all the answers in carefully laid out for us on Blood Bitch.

Blood Bitch, like rituals, the female body and menstruation, conversations and art itself, is in a cycle of disintegration and rebirth. Jenny Hval remains one of the most powerful, honest and funny performers working in music today, and this dissection of her self and her work is fascinating to the point of obsession. Blood Bitch ends with the lines “does anyone have a language for it? Can we find it?" If anyone can, it’s her.