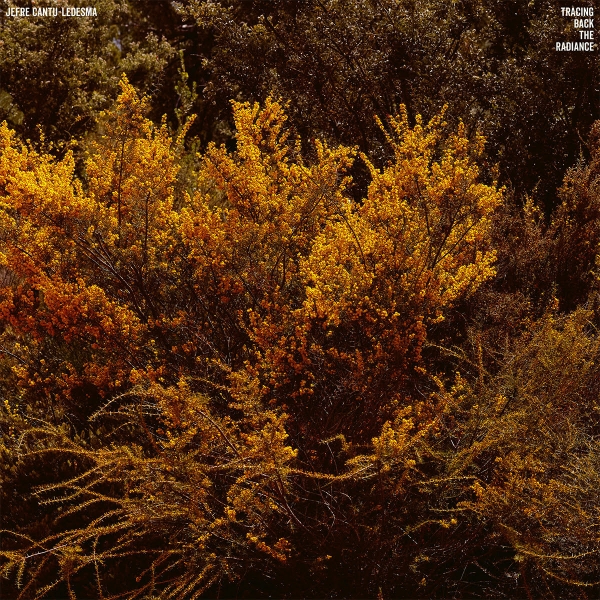 Coming off last year’s collaborative sophomore LP with Félicia Atkinson, Limpid as the Solitudes, alongside his minor role for the yet-to-be released Moon Diagrams mini LP, Trappy Bats, Jefre Cantu-Ledesma returns with his third run for the Brooklyn-based label, Mexican Summer, Tracing Back the Radiance.

He is known for dabbling between rich textures and avant-garde performance, and Tracing Back does so in tranquil fashion. Here, its three, truly pared tracks are quite possibly his most gentle to date. Relying on slow-moving, ambient swell and chamber-pop touchstones, it’s clear that Cantu-Ledesma’s virtuosity is secured as Tracing Back is his most expansive work of thoughtful, still reverie yet.

While it’s possible to trace the influence of the likes of Tim Hecker to Stars Of The Lid, and even parts of Light in the Attic’s newly re-issue of Kankyō Ongaku: Japanese Ambient, Environmental & New Age Music 1980-1990, Tracing Back never reaches a quintessential peak. But as its volume dips quietly in and out, its efforts hover, radiating in dead space and during its 45-minute run time, Cantu-Ledesma offers an aura of warmth and cleansing reflection and the ability to simply allow his tracks to exist. LP opener, “Palace Of Time” eases us in; as the LP’s longest at over twenty minutes, its fabric certainly calls to mind Hecker’s overseas stint in Japan where he created Konoyo and its counterpart, Anoyo. During its repose, Cantu-Ledesma summons a variety of sound: coppery plucks of electrified latticework that weave underneath snare wisps and sparse piano. Its frequencies flicker like refracting light or the haze of a mirage. But the ways in which Cantu-Ledesma compiles these sounds illustrates how gifted an artist he is – how he’s able to simply but effectively transport how his audience with ceremonial divinity.

But as Tracing Back spans a variety of comparisons, Cantu-Ledesma pulls back in ways he hasn’t before. 2016’s In Summer appropriately felt like, well, mid-summer. Its tracks were washed in a thick wall of humidity mirroring similarities to William Basinski’s iconic looping whereas 2017’s On the Echoing Green channeled his shot at re-worked shoegaze. But here, Cantu-Ledesma strips all of those embellishment and replaces it with a clean energy, one that’s polished and almost expensive-sounding. We hear this with the LP’s mid-point, “Joy” – a track that’s a full-on departure from the rest of the album. Vibraphone and sax guide the song as the song envisions an empty concert hall, one that haunts its corridors as harp and synthesizer balance its end before abruptly cutting out.

You wouldn’t necessarily know it, but Cantu-Ledesma isn’t working alone on Tracing Back. In fact, he gathered an arsenal of musicians: John Also Bennett, Marilu Donavan, Gregg Kowalsky, Mary Lattimore, David Moore, Meara O’Reilly, Jonathan Sielaff, Rodger Tellier Craig, Christopher Tignor, and pedal steel whiz, Chuck Johnson, round Tracing Back as a polished, exemplary model of how noise functions and what it essentially manifests to once fulfilled.

Lastly, the concluding track, “Tracing Back the Radiance” is the LP’s most concise, proving Cantu-Ledesma is most certainly in his wheelhouse whether or not he decides to pull back or turn up. Through its waver, the track sprawls with silvery pedal steel, never offering tension, but rather a peacefulness. It’d be easy for Tracing Back to follow down the paths of say, GAS, or the somber mirk of Kyle Bobby Dunn, but thoughtfully, Cantu-Ledesma never verges over that line even though he may hint at it. Instead, by staying in line, Tracing Back serves as one of this year’s most angelically-bright collections of ambient music.