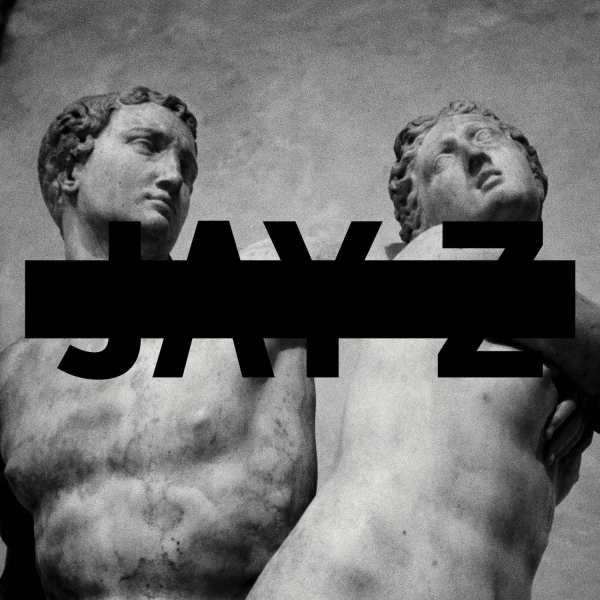 Jay-Z has spent entirely too much time with Kanye West lately.

Thing is, Jay-Z called himself god way before Kanye West did. In fact, when he proclaimed himself a deity, Kanye was just an up-and-coming beatmaker who – fittingly enough – produced the very song on which Jay made that very declaration. Yet when Jay asserts half way through Magna Carta Holy Grail, that “You in the presence of a king / Scratch that, you in the presence of a god,” it comes off as disingenuous as well as incredibly awkward.

The difference is that when Jay-Z called himself Hova, it was relative to other rappers. When Kanye called himself a god on Yeezus, it was relative to humanity. The former is braggadocio, the latter is a potential complex. So when Jay decided to open ‘Crown’ with the aforementioned line, it’s a simulacrum. Which, sadly, is symptomatic of the entire record. The overriding thought appears to be, “If Kanye made a weird album, then I have to as well.”

It works best when he sticks with traditional song structures – tracks like ‘Crown’ and ‘La Familia’ lack a clear direction which leads to Jay clumsily repeating the title of the former in an apparent attempt to turn it into a catch-phrase. It’s something he has no business doing – as he once said, “I’m not a businessman/ I’m a business, man.” But, like another rapper who claimed to be the best alive, once Jay ascended to the throne he became complacent; his Michael Jordan retirement didn’t help, either. His post-Black Album output is an effective macrocosm of Holy Grail: frustratingly inconsistent.

At least, that’s the case on Jay’s end. When Mr. Carter is on, he’s on – no question. On ‘BBC,’ he spits the tongue twister after tongue twister: “20 million sold and we still catching charges/ Rope chains, Rakim and Eric B/ Bought my sidekicks Suzuki Jeeps and Cherokees.” Conversely, on ‘Tom Ford,’ he throws out a second-rate Lil Wayne pun: “Fuck hashtags and retweets, nigga/ 140 characters in these streets, nigga.”

This perplexing inconsistency is in stark contrast to the production of the record. Start to finish, Holy Grail may prove to be the best produced rap album of 2013. Timbaland, coming off some of the best work of his career with The 20/20 Experience continues his top-form screwball minimalist funk here. His fingerprints cover this record: The skittering hi-hats of ‘Holy Grail,’ the roller-coaster descent of ‘Tom Ford,’ the decadent strings and multi-layered acoustic guitar of ‘Jay-Z Blue’ – it’s all on display. Of the few tracks Timbo didn’t work on, the best, to no one’s surprise, is Hit-Boy’s co-production on ‘Somewhere In America,’ wherein a drunken piano staggers around a twerking horn loop.

Which brings us back to the confused nature of Magna Carta… Holy Grail. The bizarre juxtaposition of Jay-Z on hit and miss form and a borderline-perfectly produced record makes it a trying listen. Even the title is confounding. Why would one of the best rappers in history name an album after a document that limited the powers of the king? And why would he also name it after something being endlessly sought after? For a guy worth nine figures, with a beautiful wife and a new baby, and processing an un-fuck-withable flow, what’s left to search for? Jay-Z albums run the gamut of descriptions – and rightly so – but one description I never thought would fit is baffling.