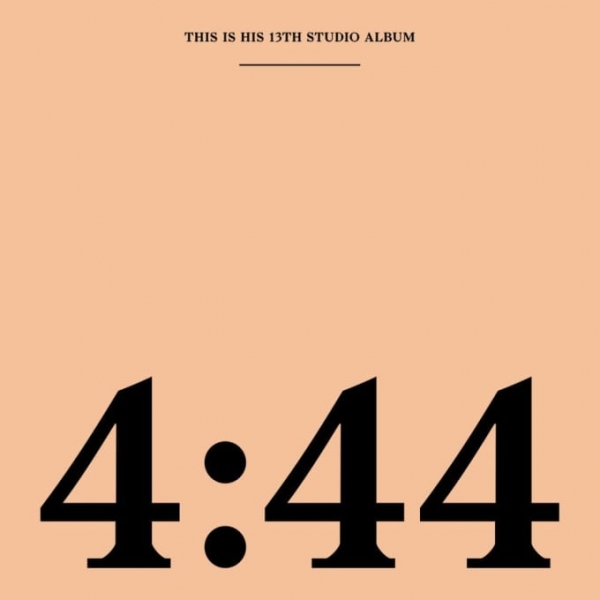 When was the last time that a new Jay-Z record felt like a genuine event?

It wasn’t Independence Day of 2013, when he released Magna Carta Holy Grail, which by that point was the fourth consecutive album he’d put out that came complete with a veritable truckload of shallow braggadocio and not a great deal else. Watch the Throne, his 2011 collaboration with Kanye West, contained much of the same, as did the bloated and scattershot The Blueprint 3, now best remembered for the breakout radio smash that was “Empire State of Mind”. Before that, we got Kingdom Come, ostensibly a comeback effort after his farcical ‘retirement’ just three years earlier; in fairness, it was such a self-satisfied vacuum of a record that it made the time away since The Black Album feel like a hell of a lot longer than it actually was.

By Magna Carta, even his most ardent fans were practically crying out “we get it, mate. You’re an impressively canny businessman, you’re married to one of the world’s most desirable women, and your music is obviously now a bit of an afterthought to going round (allegedly) tapping up basketball players or trying to coerce other artists into plugging your champagne brand”. If he still genuinely loved music, and still thought of it as his rasion d'être, he had an increasingly funny way of showing it.

Made in America, the documentary/extended advertisement for his Philadelphia festival of the same name, was a thoroughly strange watch, which consisted mainly of Mr. Carter congratulating himself on what a tremendously ambitious lineup he’d managed to bring together (Passion Pit were probably the most subversive act on the bill) along with similar sentiments from those performing, albeit ones that sounded as if they’d been extracted at gunpoint. The less said about the interviews with blue-collar workers at the festival, which offered up a troubling interpretation of the American dream, the better.

Then, of course, we got Tidal, the streaming service that styles itself as the most artist-friendly on the market whilst declining to add that evidence of said friendliness only really materialises if you’re already a superstar. You have to admire his persistence, at least, in continuing to try to make it ‘happen’ in the face of mounting evidence that depriving 90% of the listening public of his, or West’s, or Rihanna’s new album unless they sign up generally encourages a school of thought along the lines of “fuck it, they’re loaded anyway, let’s have a look for a torrent”.

4:44 though, which is quaintly designated on the minimalist front cover as “his 13th studio album”, comes with a level of intrigue hitherto unseen in Jay-Z’s post-retirement career, even if said interest is more the preserve of gossip columns than music mags. It’s his first release since Beyoncé put a not inconsiderable dent in his public image with last year’s hell-hath-no-fury masterpiece Lemonade, strongly implying that he’d been unfaithful. It’s been a while since emotional currency was his strong point, but that’s by no means to say that it never has been; his 1996 debut, Reasonable Doubt, is an odyssey in self-examination and, occasionally, self-excoriation. The Blueprint’s “Song Cry”, meanwhile, serves as irrefutable proof that he’s been vocal about his own vulnerabilities in his music before now.

Still, that sincerity has largely been posted missing since The Black Album and that’s why this album’s opener is so disarming. “Kill Jay-Z” is a mea culpa that’s every bit as dramatic as the title suggests, as he faces up to the consequences of his hubris in the space of three unrelenting minutes, over a minimal beat and unobtrusive sample. He takes responsibility for the incident involving Solange at the 2014 Met Gala and acknowledges, with an admittedly dated reference to R&B singer Eric Benét, that his marriage was once on the brink of collapse. The redemptive arc closes with him resolving to be a better man for the sake of his kids.

There’s also the title track, on which Jay recaptures some of the storytelling nous of old to effectively track his relationship with his wife from her 21st birthday through to where we are now - all the while leaving us under no illusion about terribly sorry he is. Talking about the song in a recent interview, he called it one of the most powerful that he’s ever written, and you can’t help but feel a bit of nagging cynicism at that, bearing in mind there is always the possibility that all of this is being played for publicity; after all, the couple were once notoriously private, and much of their recent behaviour feels wildly out of step with the couple we once knew, who managed to completely give the press the slip when they got married and for a long time leading up to it had never properly acknowledged whether or not they were an item.

And even if it is all truthful, in a post-Kendrick world, it might not be enough that Jay-Z is making personal breakthroughs when there’s somebody else talking about the bigger picture with such incision and eloquence. The thing is, those themes are present on 4:44, but they’re never delved into deeply enough and the fact that he’s chosen to bring the media's attention mainly to the tracks that face up to Lemonade’s implications make you wonder whether he took everything else seriously enough.

It’s kind of a Catch-22 for him; on the one hand, a track like “The Story of O.J.” seems agonisingly close to making a profound statement about the empowerment of black Americans through financial progress, but at the same time, he leans too heavily on (for instance) how much his own art collection is worth in doing do - which negates the emotional growth we see elsewhere. There’s a similar thread on the last two tracks, “Marcy Me” and “Legacy”, where he again floats the idea that his accumulation of wealth well beyond what he’d earn for his music alone is driven by his impoverished upbringing and a desire to look after his family. There’s a broader argument begging to be made there about how that’s a dynamic that’s disproportionately familiar to the black community, but he lets the chance slip.

Still, 4:44 doesn’t just set Jay-Z on the road to absolution in thematic terms; musically, it’s also a much different beast to anything he’s put out in a good long while. Immediately noteworthy is the relative lack of features (just two, from Frank Ocean and Damian Marley, both of which are low-key) and the length of the album - ten tracks over thirty-six minutes. This suggests a major break from recent tradition in both respects and that’s mirrored by the sound of the album, which might be as bare-bones as we’ve ever heard him. The beats stutter and shuffle quietly, and that’s by design - they aren’t meant to be the centre of attention. Club bangers are a necessary sacrifice when you’re aiming for contrition.

The same can be said of the samples; West’s groundbreaking production on The Blueprint made them the star of the show, but although Jay-Z draws from similar sources here, a chopped-and-skewed Nina Simone chirps away passively in the background of “Caught Their Eyes”, and Stevie Wonder likewise on “Smile”, a track that ends with Jay’s mother, Gloria Carter, talking with startling honesty about her sexuality. Even if all of this leaves 4:44 feeling a little musically thin, it’s still a relief not to hear him effectively drowned out by the kitchen sink mess of ideas that was Magna Carta, or the hyper-polish of The Blueprint 3.

4:44 offers renewed hope for fans who, since Kingdom Come, have felt increasingly disenfranchised by Jay-Z’s loss of touch with his roots and apparent marginalisation of his rap career - that is, if we can make the fairly ambitious assumption that he knows that this record is not the end of the story, that he hasn’t healed every wound. He’s back in touch with his emotions, but his ego’s still bothersome, as evidenced by the fact that he finds time to take shots at West and Future on “Kill Jay-Z”. It’s encouraging that he’s gone back to sonic basics, but he’s still a way off recapturing a classic sound. Beneath it all, the awkward suspicion lingers that there’s an ulterior motive involved - namely propping up Tidal - that news of the hugely inhibitory Sprint deal will do nothing to dispel. Still, so many of us, for so long, thought Jay-Z could do with being taken down a peg or two for his own good. We just didn’t think it’d actually happen.