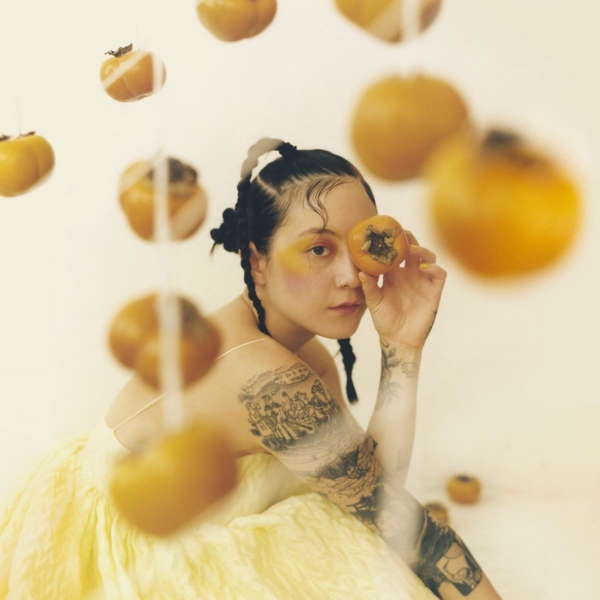 Michelle Zauner (aka Japanese Breakfast) has never been one to shy away from exploring the depths of human connection. With a debut written while her mother battled cancer, it was her follow-up that explored the loss and grief. But, while a large part of Zauner’s work is a testament on coping with loss, her latest, Jubilee, is quite a turnaround.

Gathering her signature range of relaxed indie-rock, shoegaze, and pop music, Jubilee stands as an earnest declaration built around growth and self-discovery. Yet, even beneath its exceptional songwriting, one of the biggest takeaways is perhaps Zauner herself - gently reminding us that no matter the hardship we’re likely to face, we’re more than capable of coming out on the other side swinging.

It’s never easy to recover from trauma. Up to this point, Zauner’s written almost primarily around stages of heartbreak, but even while she articulates emotion and release through snapshots of her life, Jubilee isn’t just Zauner returning in dazzling fashion, it’s also an essential moment where she’s finally able to take that much-needed sigh of relief.

While Zauner indeed finds reassurance through her music, she has a second outlet as a first-time, best-selling memoirist. Published back in April, Crying in H Mart revisits a lot–the loss of her mother, their relationship, and Zauner’s own personal struggles with identity. Even as she sorts through these past years, Jubilee feels like the quintessential definition of mentally turning a page. Zauner isn’t shy in pulling out all the stops. We saw this back at the beginning of March with Jubilee’s first single, “Be Sweet,” a punchy, sun-kissed knock-out and one that’s sure to help kickstart our collective delight of returning to a life post-COVID. Teasing brighter visions, Zauner's smart enough not to settle exclusively within them.

Steady, pulsing songs like “Sit” are easy to sink into. Built around moody washes of guitar squall and buzzing texture, its vibe harks right back to the early-90s when shoegaze was ramping up. The carefree sway of tracks like “Kokomo, IN” are constructed gently while Zauner’s voice comforts as the main attraction. Surprisingly enough, these variations don’t feel fractured or too far out of place despite their semi-broad range in genre. Instead, Zauner’s quick to work her particular version of magic by connecting the dots in such a pristine line and she proves here that she’s one of the very few who can effectively pull it off.

Other tracks on Jubilee hold their ground, too. “Posing in Bondage,” the album’s second single unravels with slow-moving builds and twinkling electronics as Zauner laments over a lost connection. But switching gears yet again, however, songs like “Paprika” are swathed in color. Anchored with horns and strings, it’s a celebratory opener with Zauner commiting to testing her range as a vocalist. Although Jubilee stands as a sprawling work, this output is expressive of where Zauner’s at in her life - desiring to reach so far outward, it’s a huge part of what helps give these songs their fire.

The slow-burn crawl of “Posing For Cars” closes out. Beneath scintillating guitars and Zauner’s gilded narrative, it’s a powerful exclamation point to conclude on. Nevertheless, it’s no surprise how easy it is to get lost inside Zauner’s world and that’s partly what gives Jubilee its allure. We find ways to commiserate with her grief, her vulnerability, and particularly the triumph that encapsulates these songs. If nothing else, one thing’s for certain: Zauner is absolutely in her element here and it goes without question that while this is undeniably her year, she’s also just rebranded herself as one of today’s top-tier indie visionaries.