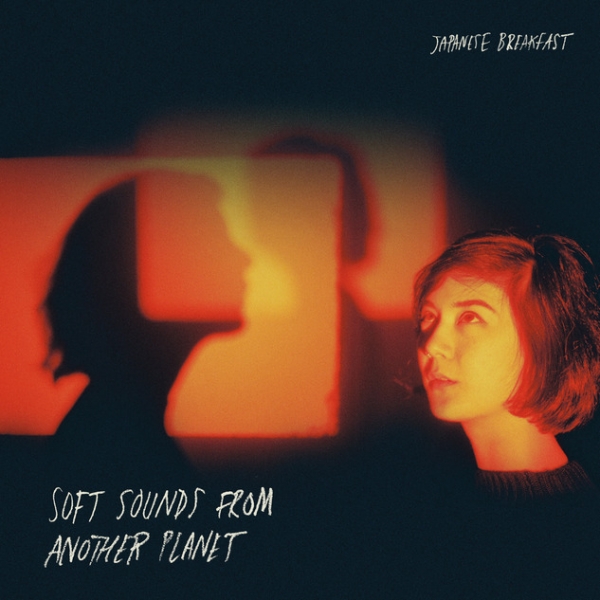 Being resilient can leave a person lonely and lost.

Depending so heavily on yourself to survive a trauma makes it a challenge to eventually reconnect with those who are so desperate to help you heal. On the new album from Japanese Breakfast, Soft Sounds From Another Planet, Michelle Zauner explores how living with loss can ultimately bring you closer to the people you love, while also examining the desire to remain isolated and occupied in order to not have to fully confront the immeasurable pain you carry like a burden that will always be yours to bear.

The album is a refined study of the complicated effects of grief, as well as a genuine expression of how someone chooses to rebuild themselves after a crucial part of them is taken away. The songs stand as modest celebrations of the liberation involved in rising anew from the ashes of who we once were, undaunted by the complexity of starting over or the fearful first steps of finally moving on.

Lead single “Machinist” revolves around a brokenhearted woman who seeks refuge in space rather than being reminded of her failed relationship here at home, all over a breezy electronic pulse that gradually gives way to a buoyant yacht-rock saxophone solo that suggests a lift-off of sorts. “Boyish” is a lush reworking of an indie-rock kiss-off from Zauner’s former band, Little Big League, redone in the elegant, assured style of The Ronettes.

The first half of the record is filled with exploratory songs that are reminiscent of the best moments of a soul-searching road trip (especially the gorgeous, sprawling opening track, “Driving Woman”). While the album’s second half illustrates the sorrow of returning to an empty home to reconcile the ghosts that haunt your memories. “Till Death” plays on the idea that when we make our marriage vows to our life partner (“Till death us do part”), we’re ultimately just killing time tilling our own specific fields until eventually we join the earth as ashes and dust.

“This House” is a fragile but stunning final statement on the record (save for the haunting closing instrumental, “Here Come the Tubular Bells”). Over a spare acoustic guitar, Zauner contemplates the strength it takes to persevere through life’s trials and tribulations, and the anxiety involved in sharing your soul with someone who might end up leaving you too. “Well, I’m not the one I was then / My life was folded up in half / I guess I owe it to the timing of companions / I survived the year at all.”

With Soft Sound From Another Planet, Michelle Zauner has moved beyond mourning to a solace far more celestial, communicating her grief through these poignant musical prayers aimed directly at the heavens and beyond.