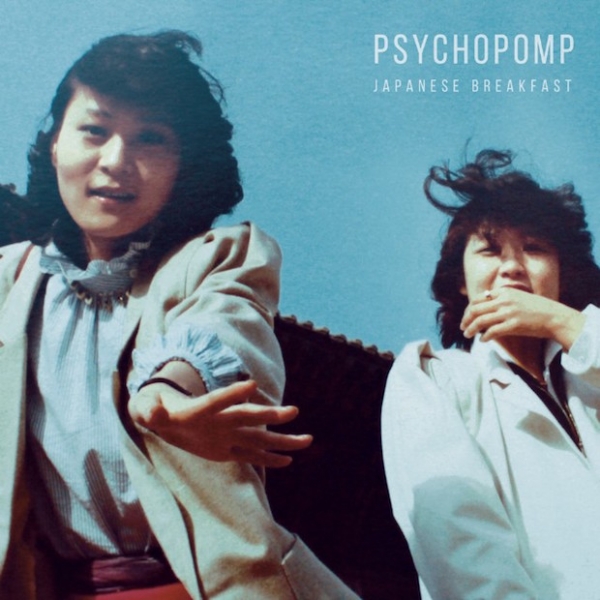 Originally released in April and now getting a second go for those who missed out, Japanese Breakfast’s debut mixes blunt lyricism with gorgeous, lo-fi-esque production for a project that can be enjoyed on several different levels.

The solo project of guitarist Michelle Zauner, Psychopomp has clear ties in the Philadelphia lo-fi scene that she cut her teeth on as a member of Little Big League, but it also reflects the off-kilter, provincial style (and humor) of her Oregon heritage. Zauner spent time touring with Mitski this year, and while the two artists are pretty different sonically, they both share the ability to craft songs hooky and endearing enough to be enjoyed on a surface level, or parsed for deeper meaning.

"The Woman that Loves You" with its dancey thump and delightfully '80s synth slides, appears at first glance to be pure hazey summer sundown pop, but its underlying message is punctuated by pent up aggression.

"You’re embarrassing me / With a postponed marriage and this stalled out car / Then you leave me in the back / With half a window rolled down / Like a dog", Zauner sings, setting a clear and powerful scene for the listener.

That candor cuts the other way on the frustratingly similarly titled "Everybody Wants to Love You", which sees Zauner give the middle finger to subtlety and ask a potential bedmate the important questions.

Psychopomp is short but substantial, a collection of smart, steamy pop with intelligence and bite. Its double rollout might hurt its chances of making "Best Debut" lists, but it's unlikely you'll find many musicians more purposeful in their art than Zauner.