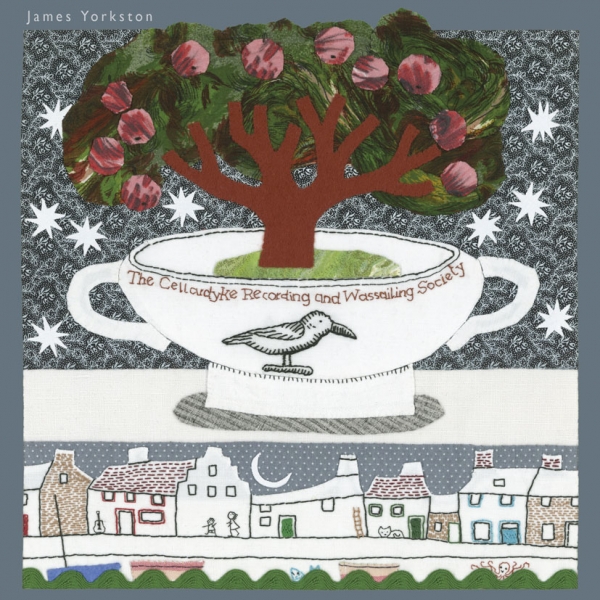 On his latest release, James Yorkston proves that there is still life in the old Cellardyke Recording and Wassailing Society yet with an album which highlights the singer-songwriter’s relationship with his musically illustrious hometown.

It’s been a turbulent year for music in the small fishing village of Cellardyke and the surrounding area of Fife’s East Neuk. It’s almost a year ago exactly since the much celebrated, Fife based micro-label, Fence Records, suffered a serious blow to the lo-fi-folk chops after a parting of ways between the label’s co-conspirators, Kenny Anderson (AKA, King Creosote), and Johnny Lynch (AKA The Pictish Trail).

There has probably been more significant break-ups in the history of the world, but the disbanding of Fence was, in lack of a better phrase, a shame. More than anything, it took away an integral chunk of the small-town’s remarkably sizeable musical soul.

Among those affected by the split was Fife native James Yorkston, a long term Fence collaborator and regular face at many of the Fence curated shin-digs throughout the years. Not to let the bickering of others taint his own geographical musical legacy, Yorkston has released The Cellardyke Recording and Wassailing Society, an album which draws on the musical heritage of that unlikely musical hot-spot on the east coast of Scotland, and which is steeped in the everyday dramas and quirks of small village life.

Yorkston achieves this through telling his stories without any overbearing sense of artistry or pomp, as if he and the listener were lifelong friends having a catch-up in the street, or down the pub. Accounts of interchanges between father and son are shared with touching honesty, free from saccharine and schmaltz, as on “Fellow Man” and “King Of The Moles”. Elsewhere, Past events are retold as if we are simply having our memories jogged, and tales of intrusive neighbours on “Guy Fawkes’ Signature” are told as if we’ve all shared the same unwelcome knock on the door.

Produced in London with the help of Hot Chip’s Alexis Taylor, TCRAWS is made up of old Fence faces KT Tunstall and The Pictish Trail, Hot Chip Drummer Rob Smoughton and steel drum player Fimber Bravo, as well as previous Yorkston collaborators Jon Thorne and Emma Smith. It is thanks to such a diverse roster of musicians that the album is as rich in instrumental character as it is in lyrical depth and intrigue. There are slow ones, fast ones, sad ones, uplifting ones, jazzy ones and rhythm and bluesy ones, the versatility of which ties together Yorkston’s common thread of the dual magic and normality of everyday life.


By the end of TCRAWS, Yorkston completes a picture of town-life which is awash with camaraderie, humour, and childhood mythologies just as much as it is stained with annoying neighbours, lost friends and the ghosts of adult life. We get a sense that this is simultaneously the most exciting and most boring, the friendliest and most unwelcoming, and the warmest and coldest place in the world. This is far from a being a declaration of love from Yorkston to his hometown. Rather it shows an attitude of respect and reverence to Cellardyke and its people, revealing that the act of belonging somewhere is not as simple as it seems. Or, as it is put on “Guy Fawkes’ Signature”, “you’ll love it here, we’re a friendly bunch I suppose, just be sure to believe what we believe”.