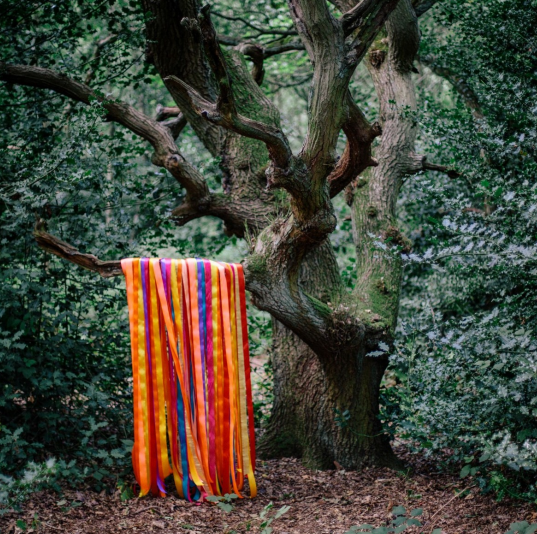 The clattering cosmic jazz stylings of The Animal Spirits aren’t a totally unexpected shock: similar musical ideas were explored to much acclaim on Holden’s 2013 album The Inheritors.

However, replacing programmed beats with a brass- and woodwind-heavy band - the titular Animal Spirits - and foregoing solipsist analogue synth explorations for vibrant, turbulent jazz- and pagan folk-influenced workouts result in a startling organic transformation on this, Holden's third album.

There are certainly no half measures in Holden's quest for more of a live feel. These nine cuts were recorded entirely live in the studio and with neither overdubs nor edits. The usual constraints of having the live drummer play to a click track to better sync with programmed beats were abandoned, too. sprinkled with minor glitches and odd spots of idling that inevitably arrive with an improvisatory ethos, the outcome - whilst still conceivably fitting under the electronica banner, thanks to Holden's babbling array of keyboards than underpin the communal grooves - has much more in common with the spiritual, expansive jazz-affiliated explorations of, say, Pharoah Sanders and Alice Coltrane than conventional machine music.

It's not a totally unique proposition. Kieren "Four Tet" Hebden's duo recording with the late American drummer legend Steve Reid and the transcendental noodling of the more recent Floating Points output both draw from similar ideas and points of reference. Unlike the former, The Animal Spirits relies almost entirely on live instrumentation, whilst the feverish momentum cooked up during, say, "Spinning Dance" - with a central role for insistent melodica warbles fit to soundtrack the closing scenes of The Wicker Man - is much, much more propulsive and physical than the contemplative explorations of the latter. Holden was reportedly heavily inspired by traditional Moroccan trance music and it shows. There are nods towards Middle Eastern/North African melodies, whilst the intensive and insistent whisper-to-a-scream build-up of a handful of themes on the likes of the thrillingly free-form yet still richly nuanced and tightly paced "Pass Through The Fire" - evocative of a great engine spluttering to life and gradually picking up speed - certainly seems purpose-built to provide the backing for collective freak-outs and out-of-body, extrasensory experiences.

It says something of the success of Holden's new approach that the tracks where the ensemble is more subdued are the least effective, with the electrifying combination of kosmische proto-electronica synths and swaggering free-jazz saxophone squeals of the title track being a notable exception. It's not all about everyone honking away a million miles a minute either; the laidback - comparatively speaking - horn melodies of the beautifully languid closer "Go Gladly into the Earth" provide a soothing counterpoint to some of the musical muscle-flexing that precedes it.

Simultaneously more overtly experimental yet more easily accessible - even the most cacophonous warble here is rooted in strong melodies - than Holden's past output, The Animal Spirits is a triumph that makes rigidly electronic textures seem so last year.