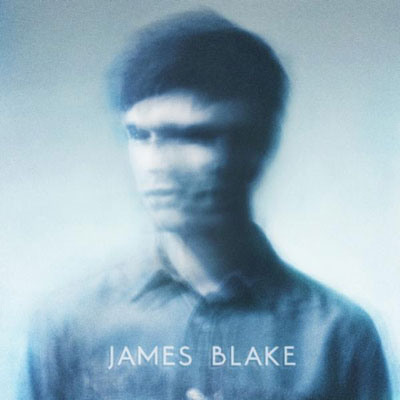 Certain events, certain individuals, have the power to galvanise a crowd. Some artists are swept up in a wave of unfathomable attention, while others are ignored simply because the crowd happened to be looking the other way. The crowd can be kind, and it can be cruel. James Blake has experienced both.

The (premature) reaction to James Blake’s self-titled debut has shown the crowd at its very worst. The carefully concocted vitriol with which some self-anointed tastemakers have greeted this record is a pretty depressing illustration of their tendency to attack the artist rather than the art. The frequency with which many of those attackers blog or tweet or talk about him suggests that they have crossed the line separating criticism and petty bullying.

It is hard to determine exactly what it is that has elicited such a violent reaction. Is it a sense that Blake hasn’t fulfilled the early promise that was so abundantly clear on his early, label-hopping releases? Is it the fact that the enigmatic, chisel-jawed producer also turns out to be a privately educated William Blake enthusiast who has, like, feelings and stuff? Or is it nothing more than that most undignified of vices, the desire to see people knocked down when they dare to do something unexpected?

No-one has the right to be angry about this record. But if any group has first dibs on the backlash, it is probably the dubstep community. On this album Blake has almost entirely separated himself from the FWD>> crowd that the press release wants us to believe sparked his interest in electronic music, and instead positions him somewhere closer to nu-soul songwriter than future-garage producer. This is emphatically not a dubstep record. Nor is it the record that some people seem to be hoping will lure daytime Radio 1 listeners over to Rinse.

That is not to say, however, that James Blake does not have its roots in that culture. Dance music has always been as much about the space between sounds as the sounds themselves – and this record treats space with something approaching reverence. Throughout the album, Blake constructs periods of almost unbearable anticipation as a silence is held just a fraction of a second longer than expected.

This remarkable sparsity is both engaging and alienating. The wraithlike beauty of the two-part ‘Lindesfarne’ centrepiece, for example, yields gasps. Elsewhere, though, the almost unbearable lightness of James Blake threatens to send the record sailing into the atmosphere, with little concrete onto which the listener can hold. This is perhaps best illustrated by the vocal performances. Blake can sing, of that there is no doubt. ‘Give Me My Month’, the most “straight-forward” track here, showcases an unhewn vocal talent that is as beautiful as it is rough. There is no grandstanding in Blake’s voice; it is full of sadness, and entirely uncontrived. The vocal performances, like the production, are characterised by their remarkable restraint. Sometimes, though, the strangely inhuman even-handedness becomes frustrating. Blake sings as if he is separate from the world about which he is writing. On ‘I Never Learnt To Share’ he intones, mantra-like, “My brother and my sister don’t speak to me / But I don’t blame them”, causing you to wonder quite what it would take to make him angry.

This restraint does not mean that James Blake is lacking in emotion; no, it is chock full of the stuff. His early EPs had a constant undercurrent of sadness. This record takes those undercurrents and pushes them centre-stage, turning them into the primary force driving the compositions. At its best, as on ‘Measurements’ or the genuinely extraordinary ‘The Wilhelm Scream’, the album is as moving as any released in recent memory. At its worst, though, it sounds dangerously disconnected, strangely cold. Nowhere is this more apparent than on ‘Limit To Your Love’, an uncharacteristically lazy attempt to shoehorn an already perfectly judged song into an oft-repeated formula.

James Blake exists very much apart from the scene that birthed it. And perhaps this is what has troubled so many reviewers. The record is being released by an imprint of an imprint of a division of Universal, and consequently there have been accusations that Blake has been pushed to make something as Radio 2-friendly as he can manage. Certainly, there is nothing here that approaches the arms-aloft, Kelis-sampling ‘CMYK’. The artist himself has said, though, that these songs are amongst the first he wrote, while at university. That he was constructing this strange take on “conventional” song structure while simultaneously producing dancefloor fodder of the very highest quality is testament to the breadth of the man’s talent and ambition.

Given the perpetual whingeing about one-dimensional, flash-in-the-pan acts, it is extraordinary how few people have been willing to embrace the idea of a multi-faceted artist who dares to explore several seemingly contradictory avenues at once. Blake needn’t even have bothered releasing an album. He could quite easily have taken the approach of countless other producers and continued releasing extraordinary 12”s. He’s done that, and he will undoubtedly do it again. His willingness to experiment not just with content but also with form, is to be applauded.

Taken as a whole, this record is not James Blake’s finest hour; thus far, that accolade is reserved for the Klavierwerke EP. It is, however, an album that displays frequent flashes of brilliance so bright that they simply cannot be ignored. Blake will release another, better album. In the meantime, though, this is a troubling, beautiful addition to an increasingly remarkable body of work – and one that deserves to be treated with respect, not with the sniping to which it has been subjected.