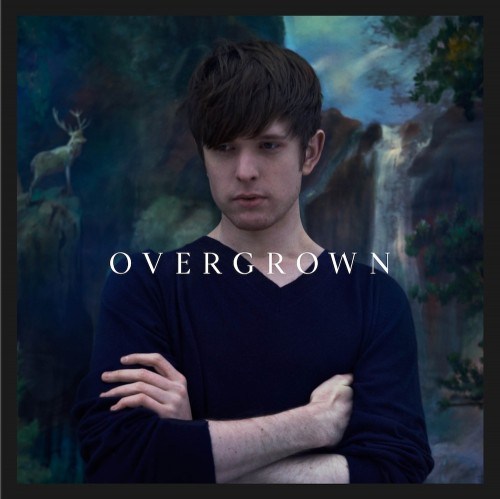 It’s hard to fathom James Blake’s meteoric rise. From former music student and dubstep outsider through to full-blown singer-songwriter/arranger, and now added to that the role of soul singer.

While his early work was fragmentary – a sort of patchwork quilt of artists like Burial and Mount Kimbie, Wu-Tang Clan and Prince – the succession of releases in 2010 suggested a rapid learning curve. It was clearly a mistake to lump him in with other producers. He breathed life into Feist’s ‘Limit To Your Love’ on his promising 2011 debut but the more straightforward piano and vocal of ‘Give Me My Month’ hinted at his true sonic trajectory. Many like me were still quite unprepared for the majestic beauty of album torch song ‘Retrograde’ released a few months ago, and on Overgrown, Blake mostly dispenses with autotunes and other vocal trickery as he continues his ascent on this amazing soul odyssey.

There’s little attempt to disguise influences like D’Angelo or Prince in the funk bass and clapped-rhythms, the treated piano of Brian Eno (who plays on one of the tracks, ‘Digital Lion’), or the wonderful glitchy electronic effects like vinyl hiss or wobbly notes, which, along with his superb use of space and sonics, have all become part of the Blake oeuvre. These are still present on his latest work (perhaps with the exception of dubstep, which is largely a postscript), but his warm and soulful singing has transformed them into a more distinct musical statement.

You can’t escape the aching cosmic loneliness of many of Blake’s words on Overgrown but there’s usually the hope of (re-)union lying somewhere behind them. ‘I Am Sold’ is one of the album’s vocal jewels, the artist’s amazingly dulcet tenor lying bare and exposed, with powerful dreamlike imagery in the breathy lyrics. The Massive Attack-like glacial effects only seem to accentuate the mood. His duet with RZA is a despairing lament of lost love (“He can’t marry her … don’t marry him!”) with quaint anglophile references to bridge the transatlantic gap. Blake sent the backing track to the former Wu-Tang Clan singer and producer via email on a whim, and had the foresight to leave it untouched when it came back virtually fully-formed.

The handclaps of ‘Retrograde’ create the space necessary for the lilting gospel ballad that follows. The song sounds alternately fragile and euphoric as he lets his voice explore the contours of the emotion: “Suddenly I’m hit/Is this darkness of the dawn/And your friends are gone/When you friends won’t come/So show me where you fit”. It moves through a great soul song cycle, like some ghost of The Fugees or Eryka Badu, or even the classics Al Green and Marvin Gaye.

While Blake hasn’t exactly shied away from the big production, you won’t find many club tracks here. The winding intro for ‘Digital Lion’ leads to a robotic dubstep-like rhythm and electronic effects which seem at odds with the new-found vocal, but somehow the stark contrast makes it even more endearing. The Brian Eno collaboration builds with a drum-major crescendo and siren blast at the end. On an album notable for its lack of grandstanding, the electronic maestro’s presence is slightly anarchic, bending this collaboration into a different shape. ‘To The Last’ has some of the techno elements of Thom Yorke’s latest work (particularly the single ‘Default’), the granular swishing noises accompanying a brash 808 State analogue keyboard sound.

But it’s basically an album of aching ballads. ‘DLM’ (“Don’t Let Me”) has only the briefest of piano and vocal harmonising, this time like the Ink Spots as sampled by Yorke on ‘You And Whose Army’ from 2001′s Amnesiac. ‘Voyeur’ combines similar elements of soul and electronica with a hypnotic dubstep-like tinkling cymbal beat, the short pause in the middle offering the semblance of a classic techno anthem. But the vocalised open wounds continue right up to end, with the album’s beautiful finale ‘Our Love Comes Back’ played straighter, the warbling falsetto set to a gentle hiss and echo, while Blake’s voice is tortured by a past love that “comes back in the middle of the night”.

In 1996, The Fugees set the whole urban blues thing in motion with The Score. With a work of such stark emotional beauty, Blake has picked up the torch once again with Overgrown. In the end, you judge a musical journey by your own emotional response, and mine was blown wide open. The willingness to take chances also reminds me of the breath I held when I first listened to Kid A back in 2000; it’s a natural next step for an artist who shares the same lightning rod of musical vision and like the Radiohead album, it nudges our lives forward just by its very existence.