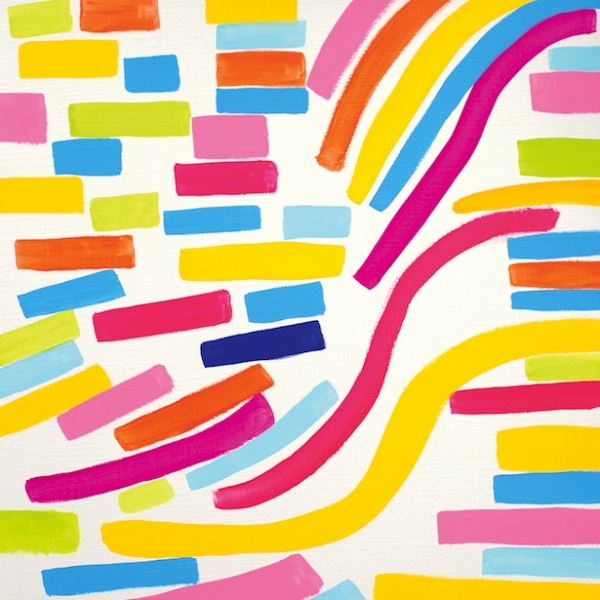 The term “dream-pop” is a frustratingly difficult one to use correctly. Applied a little too liberally to anything even a little bit left of centre with a bit of synth, it seems to have followed genres like ‘vapor wave’ and ‘chill wave’ into a terrain where none of us really have any idea what they mean.

However, anyone who heard Finnish cult hero Jaakko Eino Kalevi’s 2013 EP Dreamzone has some semblance of an idea. Over the four tracks on the record, Kalevi painted a broadly surrealistic sonic landscape somewhere between the hazy half baked memories of long summer days with the nostalgic innocence of adolescence. It was amazing.

Now, “the hardest working man in indie-pop” (his back catalogue is littered with EPs and a full length) is back in top form with new EP Ying Yang Theatre, this time taking a drastic step away from his dream-pop roots. Instead, Ying Yang Theatre sounds like a leisure-suited slab of Studio 54-era New York disco. At a time when every indie star casually throws a bit of sax into a track (because seriously, why the hell not?) Kalevi has basically nailed down disco and early electro’s roots so convincingly that it’s hard to believe this record’s being released this month.

Take opener “Speak Out” for instance. Matching the starlet’s pseudo-philosophical ideals that inspired the EP’s title with a winding funk bassline that hums and haws over 80’s inspired synth, the track recalls Reflektor-era Arcade Fire had the band decided to really commit to their newly acquired disco influences.

Second track, “Pass The Cat” is a lighthearted instruction manual for a late night drinking game, accompanied by heavy reverb affected vocals and a pulsating rhythm section, but it’s “Sensaatio” that’s the highlight. A token love song sung by Kalevi in his native Finnish, it follows into the same eclectic territory of Kraftwek, while “Tecno Souvlaki” is significantly more restrained with its opening dub-like bass grooves.

Rounding off the EP is closer “XO-tic Grlz” with its heavy electro sounds, but this time Kalevi amps up the pace much more frantically over a gorgeous synth line that feels more profound than anything else on the record.

While it may be slightly bittersweet saying goodbye to the ‘just passed out in the park’ carelessness that littered Dreamzone, Ying Yang Theatre is a courageous jump into fresh territory. In an era where LCD Soundsystem are regarded as living legends and even Dev Hynes tried to mimic the forgotten sounds of late 70’s/early 80’s disco and rnb, Kalevi may be the first independent artist to dive head first into the forgotten glitz and glamour of the era’s sound.