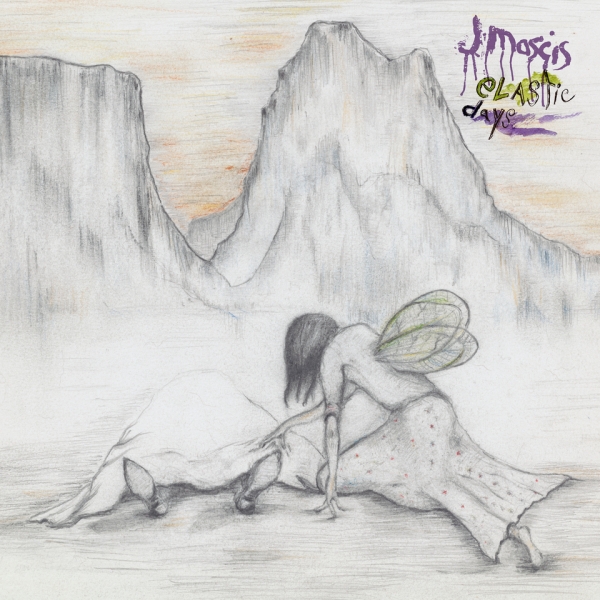 It’s easy for life to creep up on you; to get bogged down with being too busy, for time to slip away unnoticed.

As you race around perpetually preparing for the future, you miss the crystalising intricacies of the here and now, the peace found pausing to take stock, or to do nothing at all. As momentum grows and lives change, friendships falter when you forget to remember what made them so special in the first place. J Mascis’ latest solo album Elastic Days is full of references to time; navigating faded paths, reflecting, contemplating, yearning for what is to come. Even the title itself alludes to a desire for time to expand to balance out the seemingly cruel contractions.

Mascis, best known as the frontman of Dinosaur Jr., has long needed a quieter outlet for his writing away from the day job. If Dinosaur Jr. are the band out front, blowing minds with decibels, his solo meditations are the more contemplative moments overheard from the back room, hazily coating stolen conversations. Elastic Days is the sound of those moments, like wiping your forearm across a dusty photograph to bring the face of a loved one, forgotten for too long, back into focus.

Such is the depth of his back catalogue and singularity of his voice and associated guitar heroics, it would be easy to merely benchmark this latest batch of songs against that which has come before. Yet it's not the creator here that's important, but the content. Written with a truthful earnestness, Elastic Days is a concentrated distillation of his most melodic sensibilities.

Immortalised as the distant, uncompromising frontman in Michael Azerrad’s book Our Band Could Be Your Life, Mascis continues to do exactly as he pleases. Responsible for all instrumentation other than keys and occasional guest vocals, he never seems uncomfortable in his own company. In fact he seems to thrive in this solitude, a bona fide one man band. His blend of classic rock and Americana is devotedly draped in the colours of his influences with shades of The Beach Boys, Creedence and Robert Smith all permeating through his fuzzed out drawl. “See You at the Movies” basks in a west coast warmth, while on “I Went Dust” Mascis is joined by Zoë Randell of Luluc on backing vocals. One of the quietest moments on the record, it quivers with a delicate fragility for its first half as we find Mascis’ voice endearingly exposed and vulnerable. Elsewhere “Drop Me” could well be one of his finest songs to date. Driven by acoustic guitar and loose, roaming drums, as the chorus enters the simple plink of piano grasps at a stoic steadiness as Mascis, down but not out, sings with a longing hope in his voice, perfectly encapsulating what makes him so special as a singer.

On “See You at the Movies” Mascis states “I don’t peak at all”. A plaintive self-deprecating line, it could also be turned on its head to describe his creative output. Such is the consistent workmanlike quality of his songwriting that it is easy to take the highs for granted, as ultimately, all perception is lost when you are already cruising at 30,000 feet. The truth is countless artists would give their right arm to be able to knock out a stripped back record like this, swimming in hooks and melody. Mascis, forever the slacker’s talisman, never seems like he's breaking a sweat.

J Mascis is the friend you take for granted, never realising how much you miss them until they come back into your life, providing a reprieve from the banalities of the day to day. No one can control time, we can only make decisions on how we spend it, and who we spend it with. Elastic Days will for many be a welcome catch up with Mascis, and for those not yet acquainted, it is the perfect place to say hi.