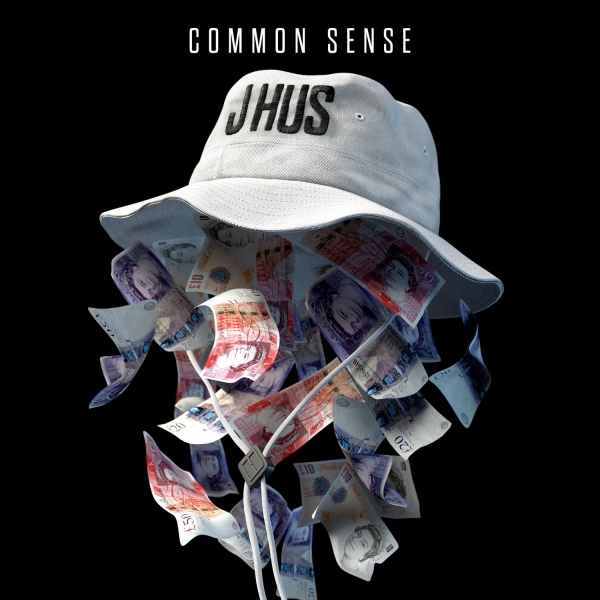 Often it takes an album or two, with or without a recording contract under their belt, for an artist to get their music out there and make themselves known.

East London rapper J Hus is still just 21, yet it only took a few freestyles uploaded online, a couple of singles released with Black Butter Records (including “Dem Boy Paigon”, which allegedly caused a 2015 house party on a Hackney estate to get shut down by police) and an acclaimed mixtape for him to break into the consciousness of teenagers and serious music critics alike, being nominated for a MOBO, featuring on Stormzy’s track “Bad Boys” earlier this year and being signed by Epic for the release of his debut album Common Sense.

Produced by regular collaborator JAE5, the record contains guest appearances from only four artists (MIST, Mo Stack, Tiggs Da Author and Burna Boy) but it’s rich with a diverse set of influences ranging from UK garage to trap and dancehall. J Hus isn’t really a grime artist - his music has more melody and the beats aren’t as frenetic - but he arguably occupies the same space in London’s cultural landscape, providing a sharp commentary on adolescence and adulthood, inner city life and the trappings of burgeoning fame that’s both comic and cathartic, echoing Dizzee Rascal’s seminal Boy in Da Corner and fitting in with the more recent work of Skepta and Stormzy.

Common Sense displays J Hus’ uncanny talent for using rhyme and meter to express himself, employing the kind of wit and wordplay that makes you laugh before you think. He delves into stratified layers of meaning with an ease that is frankly unbefitting for a 21-year-old, even if he does still see himself as immature; notably declaring a love for “Capri-Sun and Wotsits” on “Leave Me”. A particular high point is the more downtempo “Who You Are” near the album’s close, which sees the rapper ruminate on success, self-doubt and the effects of fame on identity in a heavyweight display of lyrical and comedic might (I could extol the virtues of the genius line “My pockets aren’t fat, they’re just big-boned” for some time).

J Hus also has a knack for creating infectious musical hooks, even foraying into jazz on “Closed Doors” and swinging album opener “Common Sense”, and drilling beats that surely were influenced by his time in his native Gambia as well as the 90s hip-hop he grew up with, being inspired to start rapping after listening to 50 Cent. Although he’s currently banned from headlining London shows, not many MCs can boast the following he has - and it’s a fairly safe bet to predict that this will increase exponentially after the critical success of his assured debut.