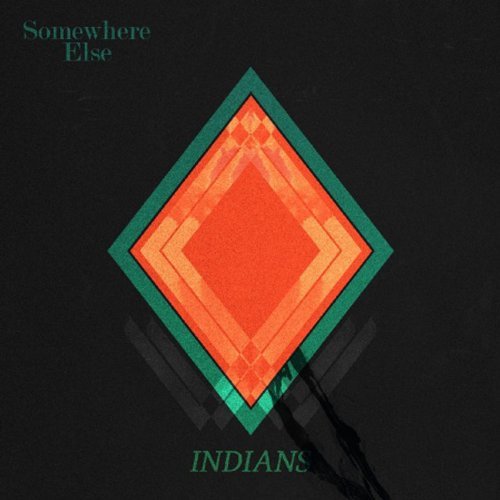 Given that Indians mastermind Søren Løkke Juul only played his first gig under the name around a year ago, it’s certainly remarkable that his debut album Somewhere Else arrives sounding quite this fully formed and coherent. First records are often blighted by slight missteps and experiments that one can overlook due to the naivety of those behind their recording – it certainly doesn’t mean that greater things can’t follow. But Juul seems very aware of his place in the musical landscape and the function that Indians can perform – this is anything but the sound of a band finding their feet.

Indians make the kind of hazy, synth heavy, atmospheric indie pop that you’d be forgiven for thinking is the only kind of indie pop people make these days. But to their credit, they have a more wide-eyed sound, both eclectic and classic, that sees them eschew the signature bleeps and bloops of flash-in-the-pan genres like chillwave in favour of something with slightly more credibility. Indians certainly don’t look out of place on the 4AD roster, with numbers like opener (and standout track) ‘New’ and the effortlessly elegant ‘Lips Lips Lips’ suggesting Juul’s record collection probably does have a fair bit of Cocteau Twins in it.

Seldom veering away from this template is what provides Somewhere Else its density and coherence, but it’s also Indians’ biggest problem. Rarely ever using percussion is a very deliberate trick, one that allows songs to drift into one another in a way that makes the record quite the immersive experience, but it also doesn’t half make the thing sound samey. Songs here like ‘Melt’ are so calculatedly vague that it’s almost like their purpose is to disappear whilst you’re hearing them; an interesting idea, but one that in practice can leave you feeling a little empty. When Juul does get round to unveiling a few rhythmic flourishes, such as on the comparatively upbeat ‘Reality Sublime’, it provides the album with the kind of lift it could do with finding a lot more often.

Sadly, so much of Somewhere Else exists in such a haze that it’s difficult to really find anything to sink one’s teeth in to. Any section of one particular song could show up in any other song with only minor tinkering and not sound out of place. I’m certain that this is deliberate – as discussed previously, Juul knows what Indians are for, and in fairness this is a sound that’s been completely nailed. Yet sounding so accomplished within this particular aesthetic at such an early stage in his career is something to get quite excited about – and if Juul can find a way out of the fog his songs currently wander around, I’d say he’s perfectly capable of delivering an exciting record too.