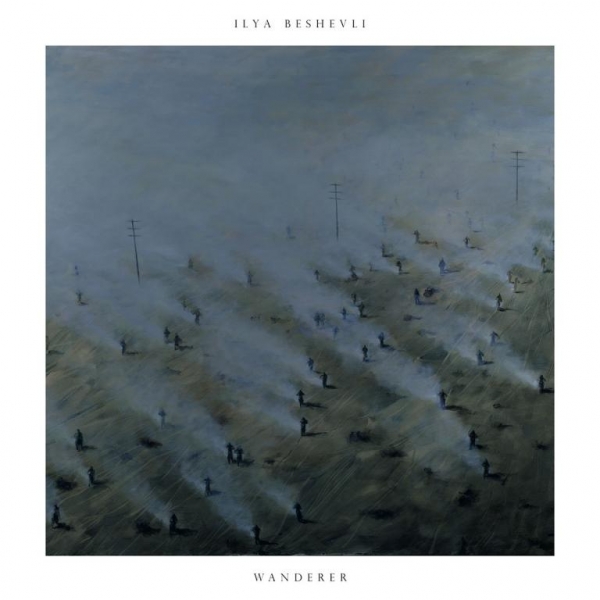 Russian pianist and composer Ilya Beshevli paid tribute to the natural world with his first album, Night Forest. Wanderer follows his relocation to Moscow, and looks inward for tranquility while also absorbing the city’s clamour. The title track in particular, even long after last listening to it, will suddenly spin through your mind as you wade through traffic or watch your train approach.

Mirroring the shifting perspectives within a given Beshevli piece, pivoting from fast to slow or from joyful to melancholy, certain elements of his back story have innate contrasts, appearing differently depending on the point of view taken. He hails from a place in Siberia 4,000 kilometers east of Moscow, north of Mongolia, but that place is Krasnoyarsk, a city of one million people not particularly lacking in modernity or resources. He is the son of a composer and a musicologist, but was at times resistant to formal training and only recently decided to study music at a university to see what an academic approach could offer. Nature and nurture seem to have equally aided his path to performing his music to a sold-out Krasnoyarsk Regional Philharmonic Hall in his early twenties.

Inherited benefits and spells of wavering dedication aside, Beshevli’s approach is born from a natural, personal relationship to both his instrument and compositional sensibility. Wanderer is thoughtful, but not over-thought. These nine pieces feel as much guided by instinct as by instruction. In “Embers” there are miniscule hesitations before every third or fourth high note, which in their almost imperceptible lurch wring out the song’s ache. Stoicism and flights of romantic fancy are not opposed but intermingle in “Solitude” and “Cranes are Flying”. Taut, elegant string arrangements performed by the Imperialis Orchestra give “Memory of Sun”, “The Traveller’s Night Song” and others lush accents without overbearing sweep.

Beshevli is generous in citing the inspiration he has taken from Ludovico Einaudi and Yann Tiersen specifically, and stylistic and tonal similarities between those renowned European composers of previous generations do arise on Wanderer. It is far from mere tribute, however, and even at his relatively young age Beshevli is establishing his own inspiring voice.