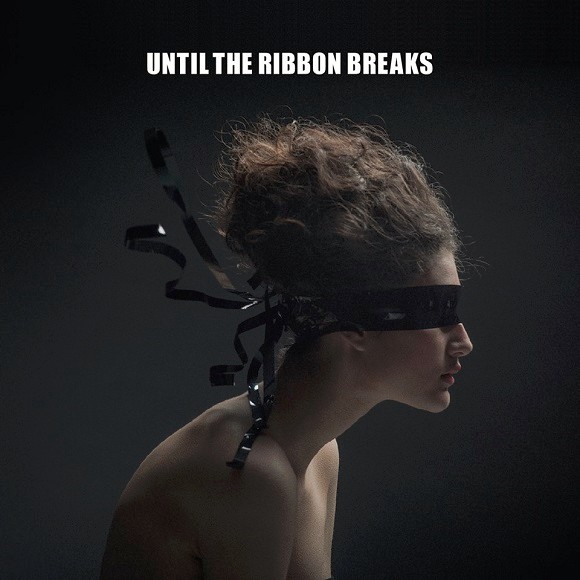 If Run The Jewels want to tour, appear on the album of and generally champion a British trio, there’s probably a good reason. Fortunately for Until The Ribbon Breaks, they have received such patronage, thus catalysing support for a band that have the capacity to reach a diverse audience and thrill on a number of levels.

‘UTRB’ plumped for what might seem like an indulgent band name. You might imagine oversized scissors or a triumphant marathon runner crossing a finish line  – however its primary basic function is elucidated in their debut LP’s finale. “So use me 'til I'm broken/ like your favourite old tape / we could just play out through the summer / Until The Ribbon Breaks”. This is a closing clue to a penchant for retro. While there has been somewhat of a vinyl resurrection in the twenteens, tapes are so eighties.

Lead vocalist Pete Lawrie-Winfield grew up on a a healthy dietary plan of soul, funk and jazz – three of his five-a-day right there - and a nutritious mixture including a generous portion of African-American beats including Gaye and Wonder. Was this the naissance of a versatile young musician who also plays the keyboard and guitar? Well, yeah, but Lawrie-Winfield’s fellow Ribbonites Elliot Wall and James Gordon have taken in much of contemporary America too, whilst touring with London Grammar but also through writing material in New York, San Francisco and Los Angeles.

However, for the pan-Atlantic three, who also penned songs in Norfolk and Cardiff, the heart of the album was dreamt up in Wales. Lacking any politically correct way of describing it, it just doesn’t sound like a series of tracks by some white British guys. Samples and collaborations from the Run The Jewels clan create some satisfying dated R&B moments, but the largest wave of nostalgia is for the bluesy soul of the electronic waves and the smooth lines cut by many of the vocals.

The lyrics are their most distinctly domestic reel for their ribbon. Two heavily narrative, autobiographical viewpoints add an insightful sincerity to "Romeo" and "Persia", pushing vocals to a direct address. Otherwise, an astute, philosophical and often wittily objective tone is prevalent.

"Romeo" invokes Shakespeare while the line: “welcome to the Pirate Bay, all free, no patch” speaks to a millennial generation. Somewhere in-between, "Persia" references another literary protagonist, this time from One Thousand And One Nights but of course also the video game franchise which continued through the 1990s and 2000s. Underlying classic and retro lyrical flourishes are placed amidst an undeniably contemporary setting.

Bleeding the lines between usually separate themes works as a window into the instrumentals too. Lawrie-Winfield was also an early Elton John fan and he doesn’t underestimate the power of a man and a piano. Guitars accompany the array of computer-generated flips and tricks that decorate each track. Binary vibrato electronic sequences, thrumping almost-techno bass and voice modulation are all thrown into the pack too as samples, guest rapping and Motown vocals complete the deck.

"Pop" feels so often like a derogatory description for a band attempting a lot of intricate techniques in an album such as this. However, the verse-chorus formula - with heavy repetition on their most popular hooks - lends weight to the tag. In a more abstract sense, even the ‘album tracks’ have a pulsing bass, snappy percussion that make them memorable and have all the hallmarks of chart success, it's a popular sound.

A Lesson Unlearnt was first released in the United States back in January. Pete described the UK, and therefore home publication of the album as “a postcard from the road” and that nothing could make him prouder. As a band with a few years under their belt, working on multiple projects, it’s a satisfying crowning glory to have this record aired worldwide.

Until The Ribbon Breaks have remixed or ‘reimagined’ Lorde, The Weeknd and touring companions London Grammar with acclaim. The variety of genres synthesised to generate this finished record show that they have absorbed life's lessons and reconstituted them to suit a unique outlook. The effect is a strangely familiar, yet singularly arranged thread of consciousness.