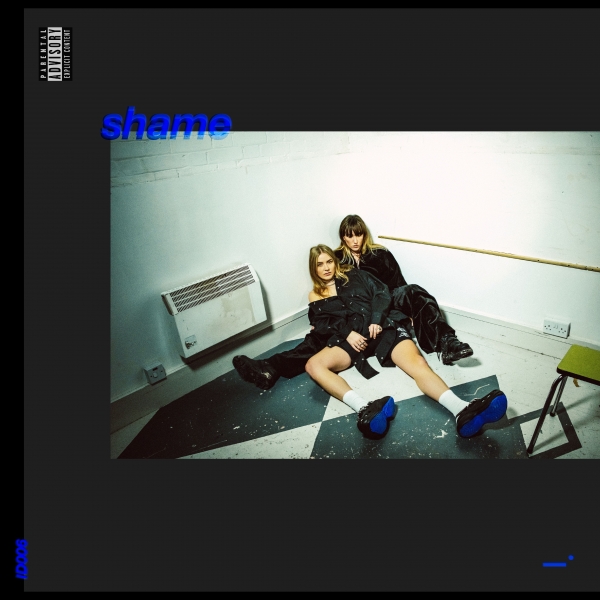 Some pairings are more powerful than others, and the musical world has had more than its fair share of perfectly matched partners. With their latest album, the prophetic pop outfit IDER, consisting of Megan Markwick and Lily Somerville, prove that they are yet again no exception.

Their 2019 debut album, Emotional Education was a triumphant “conscious pop” record, that drew acclaim across the board, marking Markwick and Somerville out as essential listening.

Beating down the same path on Shame, IDER once-more deliver a collection of hard-hitting and conscientious songs, that they describe as “a radically open exploration of acceptance”. As before, the effortless way with which the pair harmonise stands out - achieving a sound which can’t be taught or learnt, but nonetheless requires hard work to achieve.

Equally impressive is the voracity which with IDER seemingly tackle a range of personal topics with ease, taking in eating disorders and (potential) teenage pregnancy on “Knocked Up”, whilst “Midland’s Guilt” scrutinizes the sense of losing your identity. “Bored” sounds gloriously reminiscent of “Mirror” from the pair’s first album: big on harmonies, tempestuous vocals and a kick of distorted guitar for good measure. It’ll undoubtedly become a live favourite.

For an album that was complicated by an aborted move to Berlin and disbanding from their previous record label, the sense of overcoming adversity really shines through. It partly explains the ‘nothing-to-lose’ attitude on “Cbb to b sad” and the unashamed conflict evident on opener “Cross yourself”.

Talking about the record Markwick says “this is the strongest we’ve felt in terms of our identity, our confidence, in saying what we want to say, and it sounding how we want to sound.” Needless to say, Shame achieves all of this, advancing the boundaries of pop in the process. Fusing progressive big-beats, deeply personal lyricism and intelligent song-writing, it once again reveals IDER as the indispensable voices of a generation. Utterly compelling listening.