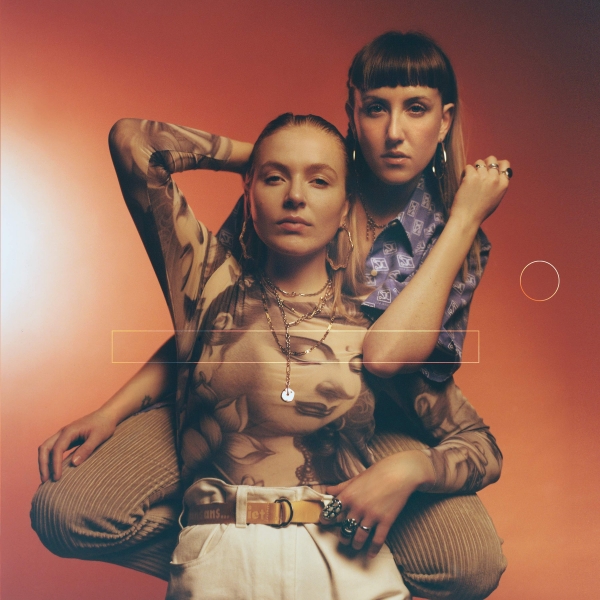 IDER call their sound “conscious pop”, and debut album Emotional Education plays like a manifesto for this thrilling new subgenre.

Conscious, self-conscious, and socially conscious, Emotional Education is the work of two young women standing on a precipice. As millennials cresting adulthood in the crucible of a world changing more rapidly and frighteningly than ever before, IDER use their debut album to take stock of what they’ve learnt so far. The album’s title has a twofold meaning: a documentation of IDER’s prior emotional education, and the provision of a further emotional education to those willing to listen.

As in their previous releases, it’s difficult to distinguish the voices of band members Megan Markwick and Lily Somerville throughout the record. Indeed, the pair’s choice to deliver much of the record in their signature haunting harmonies means there’s little point trying. Drawing on Somerville’s background in classical music – particularly baroque and renaissance – their vocals shift in unfamiliar tandem, employing unusual harmonies to resonant, spine-tingling effect.

Emotional Education showcases the growth IDER have made in just three short years. Returning even just to the sparse, confrontational sounds of 2017 EP Gut Me Like An Animal, the richness of this debut full-length is thrown into brilliant contrast. Live instrumentation plays no small part in this progression, making particular impact on standout cut “Busy Being A Rockstar”. The track – a heartbreakingly frank ode to an often-absent father – features a live brass section to great effect, whilst pointing towards a future of larger-scale performances that seems to beckon the pair.

Studded with five previously released singles, Emotional Education still has plenty to offer those already familiar with the North London outfit’s output. Piano-led new track “Invincible” explodes into a dynamic love letter to female friendship, whilst “SWIM” tackles a similar dynamic with elastic electronics and a soaring pre-chorus. By contrast, heartfelt ballad “Clinging to the Weekend” is a more downbeat yet no less captivating cut originally penned on the back of a receipt.

Coherent despite a refusal to adhere to genre-based constraints, Emotional Education is heartbreaking yet hopeful, relatable yet precise. It refuses to shy away from the mental health crisis currently facing Markwick and Somerville’s generation, yet leans unashamedly into no-strings-attached nostalgia on closing track “Slide”. As complex and multi-faceted as any woman in her early twenties, IDER’s debut LP is an album made for people like those who wrote it, and is all the stronger for it.