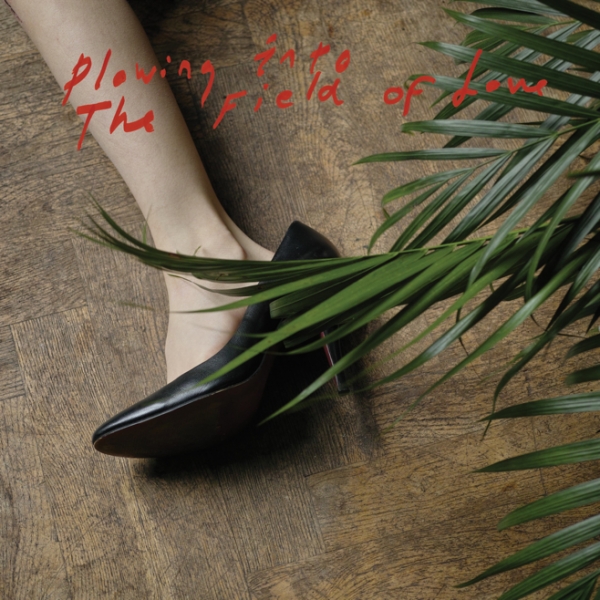 “Morals” on second record You’re Nothing marks an important moment in the history of Iceage. Inspired by Mina Mazzini’s “L’Ultima Occasione” and the 1960s Italian pop music lead singer Elias Bender Rønnenfelt was listening to, “Morals” saw Iceage delve into a form of songwriting that was alien to the rest of their previous output. The track, with its stop-start drums, would come alive at will rather than bludgeoning us from the start. Furthermore, it saw Iceage add new instrumentation into their sonic palette – in this case, the piano. With the aid of hindsight, one could say that those minor piano chords found on “Morals” signaled a sea change in Iceage’s songwriting. And on third record, Plowing Into the Field of Love, Iceage have unearthed a newfound dynamism and grandeur to their songs, bolstered by the use of instruments such as trumpets, violas, mandolins and pianos. While there are some minor mixing/production issues with the addition of the new instrumentation, Iceage, on a whole, have created a beautiful third record.

With one look at the tracklisting of Plowing Into The Field Of Love, one is immediately taken aback. At 48 minutes in length, with tracks pushing the five-minute mark, it’s a stark contrast to début New Brigade and You’re Nothing, which both fell short of thirty minutes in their total playing time. The question to pose however is whether these new songs are worthy of their extended length and whether they pack as much punch as their shorter previous work. The answer is a resounding yes to both of those questions. The collection of songs found on Field Of Love, use their extended playtime to enable Iceage to explore their darkest recesses, and find texture and gorgeous dark tones to heighten the confusion, aggression and self-loathing found in Rønnenfelt’s characters on Field Of Love. Iceage no longer solely seek for fast-paced aggression but over the course of tracks like "Stay", "Glassy Eyed, Dormant and Veiled" and "Forever", there is a new found dynamism as they play with mood, tempo and volume. They continually toy with an audience who are prepared for and willing them on to press the accelerator. And as these tracks rise and fall, the payoff that comes with the bursts of fury is increasingly satisfying and heightens the mood and emotive force of many of the personal songs found on Field Of Love.

The expansive new sound is seen from the off, on album opener, "On My Fingers". Initially opening with a chugging rock’n’roll guitar, the track unfolds to the sound of pianos and violins caressing Rønnenfelt’s threatening call of “flee in my shackles, I’ll be coming after you”. There is a sense of the cinematic to "On My Fingers" and it is unsurprising to find that Rønnenfelt has often cited soundtracks as an inspiration in interviews. "How Many" with its galloping drums invokes images of classic Western cinema, while "Forever" walks (successfully) a tightrope between post-punk introspection and Spaghetti Western grandeur with its brilliant Morricone-esque trumpets. Album closer, and title track is arguably the most accessible and expansive track Iceage have ever written. With its near-sing-a-long chorus and strummed acoustic guitars, it is as close to an anthem as Iceage are likely to ever write.

Iceage also experiment with sounds from a variety of genres. Britpop riffs are apparent on "Abundant Living", while the extremely playful and hilariously tongue-in-cheek, "The Lord’s Favourite", features head-turning country guitars. "Against the Moon" features Rønnenfelt crooning “pissing against the moon” over a backing track that is similar to the opening of The Horrors’ "Endless Blue".  To get the full impression of "Against the Moon", imagine Rønnenfelt slumped against a piano, tuxedo-shirt unbuttoned, with bow tie slung open around his neck. But with all this talk of expansion and grandeur, the record is still inherently Iceage. "Simony" for example is a classic fast-paced Iceage track, and when the chaos does comes in songs, for example in "Let It Vanish", it is delivered with the conviction and aggression of their previous records.

On Field Of Love, Rønnenfelt’s vocal also takes new form and packs greater emotional intensity. Throughout New Brigade and You’re Nothing, his vocal, with its characteristic snarl, would act as the final hard-hitting blow to the chaos that surrounded it. His vocal cords however now strain with increased longing and desperation. He has learnt to manipulate his vocal to coincide with the lyrical content and tone of songs – for example in "How Many" his character's self-examination and dissapointment is matched with an equally desperate vocal before being juxtaposed against a frustrated growl of “how many”. Furthermore, it could also be argued that Rønnenfelt is attempting conventional singing for the first time in Field Of Love. When he does sing, for example, on "Simony" there are shades of Robert Smith within his voice.

High in the mix, there is also new clarity to his vocal. This is in part due to the production of the record but also due to the new structure of songs. Where before his vocal may have been lost in the chaos that surrounded it, slower segments of songs allow for Rønnenfelt’s words to have the greatest impact that they have ever had. And on Field Of Love, his words are rightfully given the honor to be centre stage. Partially self-referential with impressive characterization, Rønnenfelt eloquently and quite poetically tackles subjects ranging from debauchery to self-loathing and acceptance. While sometimes veering on the overtly mystical (“Some men would question why you would feed an animal with champagne” on "Plowing Into The Field Of Love"), his love of language can be seen in abundance throughout Field Of Love. And his character's need for acceptance and majesty is wonderfully realised on "Forever" with the use of metaphor and grand images - “Just below the surface/the surge is keeping me adrift/but then I leap into the heavens/reveal myself to everyone/to astonish and amaze”. He furthermore tells tales of relationships, such as in "Glassy Eyed, Dormant and Veiled", where he takes on the voice of both father and son in what seems a tumultuous relationship culminating in a chorus where Rønnenfelt spits, “I am an absent father/Glassy eyed, dormant and veiled”. How much we can look into that as being Rønnenfelt addressing his own past is open for debate. Yet there is also quite the comic within Rønnenfelt, and "The Lord’s Favourite" contains his most humorous lyrics to date with references to "cheap sweat-smothered make-up" and “one hundred euro wine”, before proclaiming himself “the lord’s favourite one”.

Rønnenfelt has often discussed influence in interviews. As mentioned, "Morals" was inspired by much of the 1960s Italian pop music he had compiled at the time of recording You’re Nothing. And more recently he has discussed the importance of Cormac McCarthy’s All The Pretty Horses and Werner Herzog’s Fitzcarraldo. However, in order to harness influence without falling into the realms of pastiche, there has to be a strong sense of intuition – of how and when to use influences appropriately. And there is the sense that Rønnenfelt does not yet fully understand his or his band's power of intuition. He rather nonchalantly states in an interview with Pitchfork Media, "if a song needs a piano, we’ll add a piano". Iceage are therefore seemingly unafraid of experimentation and to play with sounds and instrumentation they discover in the process of creation. And Plowing Into The Field Of Love, acts as an extraordinary documentation of this process, where influence and intuition have come together in perfect union, allowing Iceage to expand without losing their core. In turn, they have matured to find catharsis in texture, dynamics and control rather than fast-paced adolescent aggression.