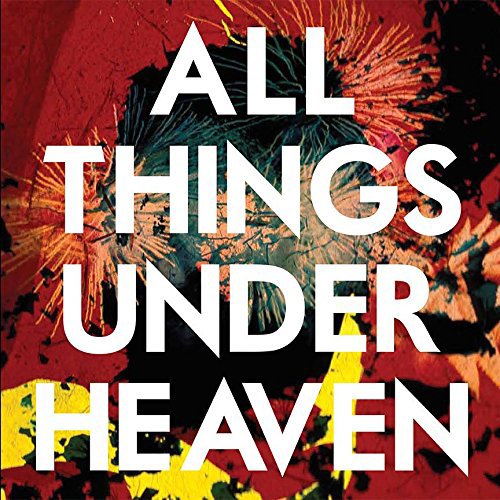 Singer and bandleader Joe Cardamome figures that Icarus Line have landed closer to the elusive truth than ever before on All Things Under Heaven. It turns out that the truth is neither pretty nor particularly easy to stomach. It’s well worth persevering with, though.

Icarus Line are often described as post-hardcore, whatever that's supposed to mean. What they really are is a kick-ass, fangs-bared, flamethrower-hot rock 'n' roll band. Endless procession of would-be street-walking cheetahs have tried to perfect the sleazy, super-funky and sinister strut of Iggy & The Stooges; Cardamone and co. get damn close to actually being admitted entry to the hallowed Fun House , without ever inching even close to witless mimicry.

Even so, after almost 20 years, seven albums (including works the caliber of 2004's Penance Soiree) and more maladies that seems fit to scatter on the path of any one outfit, the nocturnal LA noise-merchants remain a relatively marginal concern. Whereas 2013's superbly spiky Slave Vows seemed designed to change this unfair state of affairs, All Things Under Heaven throws caution to the gutter. Recorded live to tape in Cardamone's studio with minimal plotting in terms of where the tunes should wound up, many of these sprawling, spitting and hissing cuts seem tailor-made for alienating all but the hardiest of listener at first.

The title of "Total Pandemonium" – which resembles molten lava that burns all in its path, with the victims' terrified screams also captured on tape - seems a bit too apt at first. The white-knuckled opener "Ride Or Die" seems too damn pissed off to ease into anything you'd describe as a beat. But really, who needs verses and choruses when you’ve such compelling anger at world heading down a very steep hill at intensifying speed? Eventually, a compelling logic emerges where only terrifying aggression seemed to reside: in its noisier sections, All Things Under Heaven is a really quite spectacular musical equivalent of Network character Howard Beale's famously frenzied rant "I'm as mad as hell and I’m not going to take this anymore." Things get even better as the decibels drop, guitar pedal abuse is reined in and drums are put on a 4/4 leash. The slow-burning "El Serrano" carries a whiff of Nick Cave & The Bad Seeds at their most doom-dayish, whilst the cacophonously swaying "Little Horn" suggests that hope is not lost even if Swans really are calling it a day soon.

All Things Under Heaven isn't perfect: after a startlingly strong first half, the quality of the material drops. As it does, it becomes increasingly difficult not to notice just how semi-endlessly long and repetitive some of these tracks are. That said, the 12 minutes of subterranean funk opus "Incinerator Blue" positively fly by, whilst the concluding skronk-lullaby "Sleep Now" is sinisterly soothing enough to make up for most missteps.