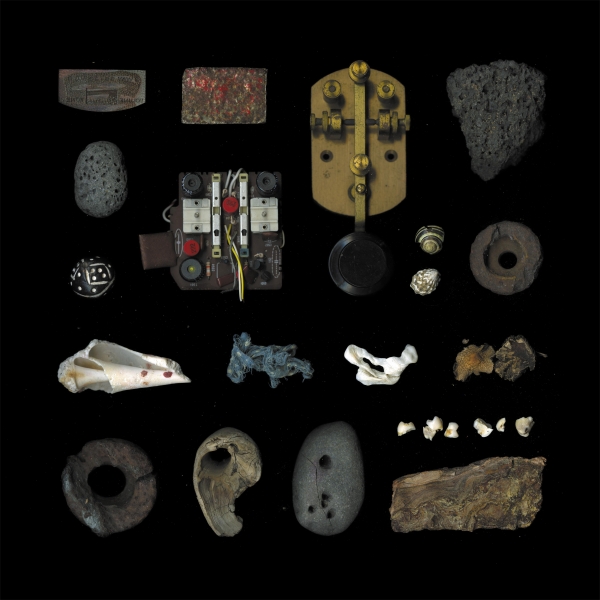 Classically-trained Canadian vocalist Ian William Craig has created a remarkable album built around recordings of his voice that are then put through a range of old tape decks and new electronica.

The result is a wondrous collection of tracks that, while clearly influenced by William Basinski’s fifteen-year-old Disintegration Loops (a recording constructed out of deteriorating sounds transferred from slowly de-oxidising tape), has a tactile quality of its own. Indeed, there is much in Craig’s masterly work that creates a response expressed through the language of synaesthesia. The penumbra of sounds, an expansive melange that might be described as industrial-ethereal, highlights the exquisite vocals that seem to shine out like the gold of an illuminated manuscript or the startling colours of a Deccan miniature painting.

The combination of the purity of the vocal tone and the degrees of roughness of the framing (between a minimal granular abrasiveness and a sound that resembles nothing so much as a catastrophically damaged 78 beyond all hope of salvation) encourages one to listen with close attentiveness to appreciate the range of sound textures. Comparisons with, say, Philip Jeck or Fennesz of yesteryear have some validity, but Craig’s effects, so clearly thought-through across eleven tracks, merit serious consideration on their own terms in 2018.

Some, such as “Some Absolute Means” with its captivating fading vocal, draw the listener into the soundscape; others, such as “Idea for Contradiction 2”, have an expansiveness that envelops almost to the point of smothering in delirious beauty.

Thresholder is a triumph of meticulously detailed composition and, at the same time, a masterpiece that seems to evolve, albeit in an unnaturally sepulchral soundworld of fragmentation, from the simplest of sources into a life-affirming wholeness.