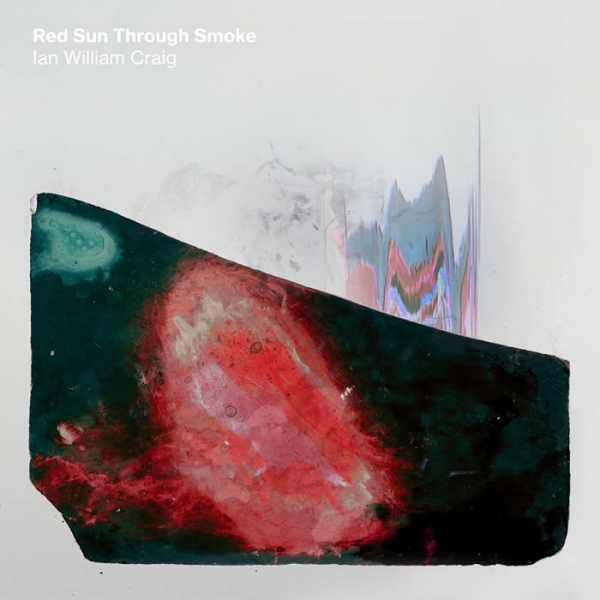 With bare piano and vocals, and a very carefully constructed range of electronica and other sounds, recessed and foregrounded by turns, the work of Ian William Craig is a masterly demonstration of how a complex of intelligently-formulated surfaces can collectively produce music of wondrous depth and profundity. The, at times, uneasy relationships between the layers create beautiful, sometimes unsettling yet consistently convincing soundscapes.

On this album, the combination of environmental and physical fragility (specifically, the effects of forest fires in British Columbia and the declining health of Craig’s own grandfather), given impetus by the strength of will to overcome debilitating conditions and to assert the force of love in a fraught climate as Craig began a long-distance relationship around the time of the recording, contributes to some startlingly impressive compositions.

Opening a capella “Random” strikes an immediate note of the unpredictable, yet the unity of voices emphasises the overall sense of togetherness in the face of individual and collective misfortune; a particularly significant point in these times. In “The Smokefallen”, the individual notes of the piano seem to have to force their way through the William Basinki-inspired sonic decay that ultimately, like the acrid smoke, overwhelms. Yet the following track, “Weight”, with its gorgeous simple clarity of piano and voice starts to restore a sense of hope even within our awareness of the precariousness of everything, including the threat of a recurrence of envelopment, physical or emotional, as Craig strives “just to feel the way”.

There’s a stark beauty, mournful but not submissive, across the extent of this album. Even when the spare power of “Mountains Astray” is almost overwhelmed by the degrading sound, the effect is to encourage us to hold onto the piano sound, as if to reach out through the claustrophobic to the expressive beauty of the plangent.

The notion of uncertain connections is especially well developed through Craig’s incorporating into “Last of the Lantern Oil” sounds from an ancient short wave radio. The intermittent reception, the losing and the re-establishing, the fading and the reviving are conveyed with extraordinary delicacy, as the hesitant piano, alternately clear and clouded, holds the ideas together with breathtaking loveliness.

This is an album that is both provocative and enchanting, a threnody yet also an urge towards the harmonising of the various, even (or especially) the opposites in discordant times.