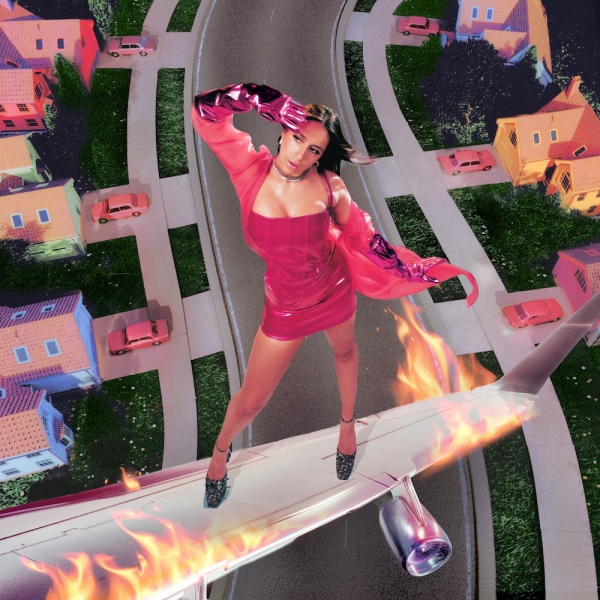 With 2020’s All the Things I Never Said and 2021’s Too Young to Be Sad, Tate McRae addressed the fragility of teen love and the vagaries of popularity, drawing sonically from pop, R&B, and hip-hop sources. Having reached the ripe age of 18, McRae now releases her debut LP, I Used to Think I Could Fly. While the project features exemplary hooks and dynamic vocal performances, notably deprioritized are the instrumental nuances present in earlier work.

“Don’t Come Back” highlights McRae’s ongoing growth as a singer, her tone strikingly resonant, her range effortlessly navigated. “I’m So Gone” is a textbook 'I’m-successful-and-you’re-so-jealous' song (“You never left your dad’s basement / now you’re mad that I made it”). “What Would You Do” points to the influence of Taylor Swift by way of Pure Heroine-era Lorde, McRae’s vocal oscillating between coy verses and even coyer choruses. A coming-of-age earworm replete with a soaring vocal, “Chaotic” is one of McRae’s more cogent tunes to date and a concise take on how difficult it is to overcome one’s fundamental conditioning.

While McRae’s 2020 and 2021 EPs were effectively varied in terms of sonics, soundscapes on the first half of I Used to Think I Could Fly are relatively routine, as if they were copy-pasted from an archive. While impressed with McRae’s alluring voice and melodies, this listener finds themself missing the percussive forays, bass-y drones and rumbles, and melancholy accents of the abovementioned releases. It’s as if McRae is strategically pivoting from a prior affinity with moodier artists, chiefly Billie Eilish à la her 2019 debut, instead situating herself more squarely in the pure pop arena.

That said, the album’s second half is a bit more audially diverse. “What’s Your Problem” includes notable beats and a flange-y guitar or synth part. “Boy” again highlights the influence of Taylor Swift, this time perhaps via Olivia Rodrigo’s Sour, McRae portraying the 'tough girl' who yields to her grief. A strummy acoustic makes for an intriguing accompaniment. Album closer “You’re So Cool” again shows McRae navigating a hyper-catchy melody, her vocal undergirded by a jangly guitar.

While McRae’s previous outings may have been more complexly assembled, her new songs are more immediately accessible. Stylistically and in terms of production, many of the tracks on I Used to Think I Could Fly are markedly unconvoluted and easily recallable. The new album is, in essence, McRae’s first major step in forging a distinct pop presence. Going forward, she’ll undoubtedly find ways to expand her offerings while adhering to and honing her brand.