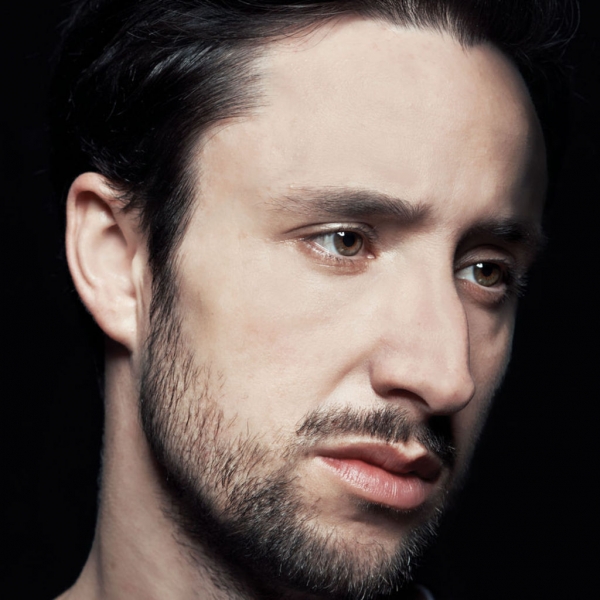 “It’s a joke, right? Like, a parody?” That’s my friend looking over the cover to What Is This Heart? for the first time, at the haunted-looking face staring sorrowfully offside, darkness crowding at the edges and twining with his features. “Of all these Earnest Musicians,” he continues, “who need you to know just how much they feel it.”

He has a point: for anyone looking to satirise the rise of the hyper-earnest artist, the type who sing with their eyes closed and their fists balled, lips trembling with emotion as they let it all out, this is pretty much how you’d do it. With a cover image that just embodies all that hurt and the pain and easy human-condition metaphor, and a title that’s nakedly candid in its emotional strife. With track titles that need no deconstructing, like “Precious Love”, “Childhood Faith In Love” and “Very Best Friend”, and songs that ride a teetering line between music and confessional.

Tom Krell has made a career out of spilling emotion onto tape, through previous albums Love Remains and Total Loss, and lyrics that often read like therapy. And sure, to read, his lyrics are so raw and unfiltered that an understandable response is nervous laughter. But to hear him sing - well, any laughter stops pretty damned fast, Krell’s voice a ghostly quiver of falsetto of such staggering power and command he could narrate a receipt and still draw tears from anyone within range.

It’s a weapon that remains just as potent on this third outing, veering from a near-whisper to whale-bothering often within the same line. That said, opener “2 Years On (Shame Dream)” is uncharacteristically understated, a low-key assemblage of tinkling piano and acoustic guitar beneath its tale of everyday sadness that ebbs and swells but never explodes, although as a build into “What You Wanted” it plays its role well. The latter’s a magnificent track, a dance of lyrical flow and rising pace, all rattling beats and flecks of brass and echo and fade.

It’s a high bar set and the first half pretty much maintains it, through the deep bass and distended voices of “Face Again” to the still, sad strings that open “See You Fall”. The mid-point “Words You Remember” is the album’s strongest hand, a stunning weave of R&B vocals and moody synths, Krell’s voice cut up and bouncing across the mix in advance of the epic cinema of its extended outro.

But all this honesty gets a little exhausting, and the album struggles to pull new tricks in its second half. Krell’s voice could never get tiresome, but the album seems unclear as to what it wants to be - too restless for heartbreak, too downbeat for the dancefloor, like a candle that’s trying to illuminate a club.

But the lay of the land has changed since the last How To Dress Well record, and there’s a fair amount of competition for this sound right now - from Autre Ne Veut to elements of Justin Timberlake’s recent offerings, and this year’s SOHN album in particular. “I know I can be extra-sentimental,” Krell sings near the end in a rare moment of self-reflection, “And hey I stumble, sometimes it’s just right.” Those stumbles aside, Krell at his best remains a quite phenomenal talent.