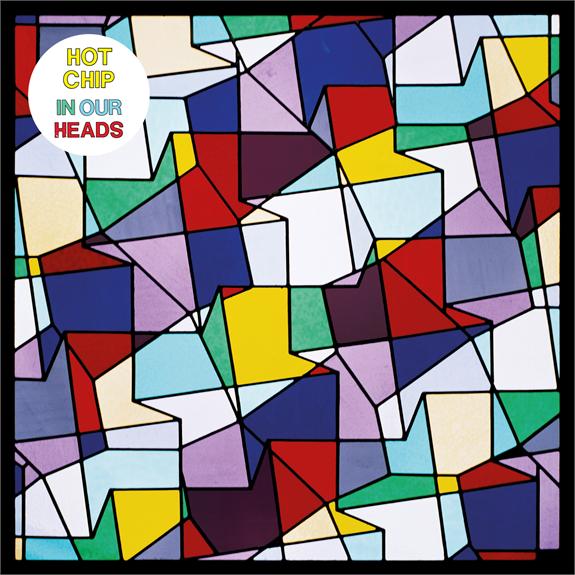 Hot Chip’s fourth album, One Life Stand, was the summation of everything that made them so great; a concise, ten-track masterwork, it hopped seamlessly between Balearic beats and beatific ballads, resulting in the best British electronic pop record since Pet Shop Boys’ Behaviour. Fittingly, it also wound up being the band’s final album for EMI. Two years later, In Our Heads is blessed with the Domino logo on the back cover (a perfect fit), and a further honing of the band’s homages. The lyrics may be the band’s most on-the-nose referential since ‘Playboy’ gave the ‘Ain’t Nuthin’ But a G Thang’ a cheap and cheeky south London remake, but the music has matured – the sound of nightclub wallflowers making increasingly-assured steps towards the dancefloor.

More than ever, though, the differences between the band’s two lynchpins has become pronounced, especially in the wake of recent extra-curricular records; if Alexis Taylor is the head of the operation, Joe Goddard is the feet. Tracks like the dark disco of ‘How Do You Do It?’ and ‘These Chains’ find Goddard revisiting the arms-aloft Chicago House sounds of his 2 Bears project, cribbing disco lingo (“I know it is, my boo…”) and perfectly-timed beat drops to maximum effect . But the two complement each other perfectly, even interjecting on the other’s material; Goddard offsets Taylor’s ‘Don’t Deny Your Heart’ by gleefully imploring the listener to “say yes!”, while Alexis adds hope to the aforementioned ‘How Do You Do It?’ with a reminder to “celebrate in the light that shines through the pain”.

Once again, the lead single makes the brassiest statement; an off-kilter floor-filler, ‘Night and Day’ boasts at least three different choruses, bringing back the last record’s steel drums and nabbing its scattershot bassline from ‘One Life Stand’. It’s also a kind of anti-anthem – strangely reminiscent of Denim’s strident ‘Middle of the Road’ (“I hate riffs and guitar licks! I hate coke and I hate spliffs, alright!”) – with its disembodied spoken bridge that also acts as a DJ’s deadpan shopping list for everything Hot Chip’s music stands for – and against: “I’ve just lined up Macca – we’re not in Ayia Napa. Do I look like a rapper?” It sounds harsher and and more bombastic than the band’s usual fare, and may not be too easy to embrace for the ‘Over and Over’ kids.

Admittedly, these comparisons with One Life Stand are easy to make, but In Our Heads also stands up in its own right. Much like ‘Thieves in the Night’, ’Motion Sickness’ is a fantastic slow-burner of an opening track, cribbing the trumpets from Madonna’s ‘Four Minutes’ for one of its countless hooks, with Taylor’s soulfully low-key vocals paying wide-eyed tribute to Phil Spector. The exploratory ‘Flutes’ sounds like Arthur Russell rewriting ‘Frère Jacques’, as icy synths rise and fall below a round-robin melody, while the so-laid-back-it’s-horizontal ‘Now There Is Nothing’ hits the same yacht-rock vein recently tapped by Phoenix or Metronomy, with added ice cream van keyboards. Best of the bunch is ‘Let Me Be Him’; all human life is found on this a nearly eight-minute stunner – it takes Detroit House to church, much like the last album’s triumphant closer ‘Take It In’, for a deeply soulful highlight, complete with a hazy, Hawaiian slide guitar and birdsong-aided drug-fug of an outro (“All this sensimilia is gonna be the death of me…”) that calls to mind the band’s genre-bending spiritual forbears The Beta Band.

The great thing about Hot Chip – much like their unlikely namechecked heroes Yo La Tengo – is that they clearly love pop music; they’re students of the subject and, from obviously Chic-y guitar squiggles to Timbaland’s percussively minimalist production, they know exactly how to pay the right amount of tribute to the people they’ve grown up listening to. “Lend me your ideas” intones Alexis Taylor wryly towards the album’s end, “but not too fully formed…”. They’re too damned interesting to just be Jools Holland’s favourite electro band; they may be increasingly flirting with the mainstream, even having returned to an indie label, but the five oddballs of Hot Chip are just too clever to play nice.