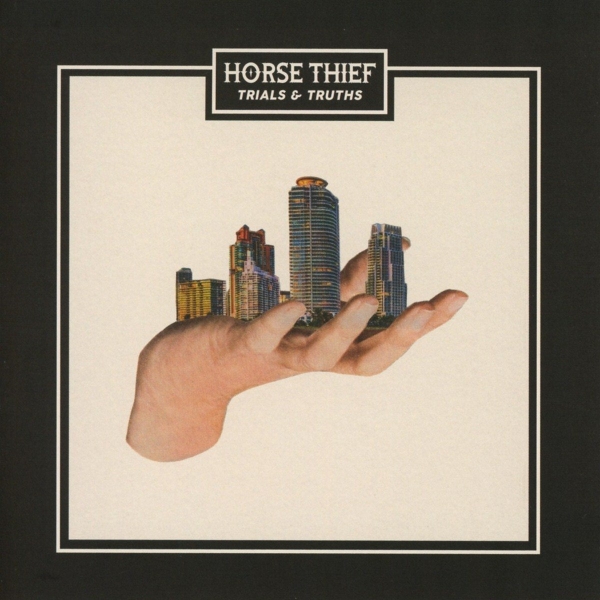 “‘Cause everybody wants another chance”, sings Cameron Neal on “Another Youth”, the opener of Horse Thief’s second LP, Trials & Truths. Indeed, Horse Thief may not have wanted a second chance, but they needed one.

Their debut record, 2014’s Fear In Bliss, was a solid outing and showed potential, sure, but it wasn’t the sound of the band operating at full capacity or one who were entirely sonically focused. Trials & Truths, however, is that record: Trials improves upon Fear in Bliss in every way, so much so that the former almost feels like their true debut. The production here is clearer and brighter, the songwriting is tighter (including an eight-minute reduction in LP runtime), the melodies are stronger, and the lyrical themes are less abstract and more personal. In short, Trials more or less achieves the goals the band set with Fear.

Tellingly, they've excised the more experimental parts of Fear (the prog leanings of “Come On” and the synth-based meanderings of closer “Warm Regards”), resulting in a streamlined folk-indie record. Indeed, theycome closest to pop on closer “Sante Fe”, a ditty that contains the band’s strongest melody to date and opens with: “I heard it in my mind, the melody / And suddenly I felt back at ease”. Even when Neal addresses the drug addiction of someone close to him on “Drowsy”, it’s with a sashaying melody that, while catchy, isn’t saccharine and doesn’t undercut the song’s words.

Given that Neil Young, The Eagles, and The Grateful Dead are Horse Thief’s most obvious sonic touchstones, earnestness would obviously be found here. So, when Neal sings, “If I had a million choices / I’d take you every time”, yeah, it’s a Hallmark card. But it’s also honest, and sometimes that’s all you need.