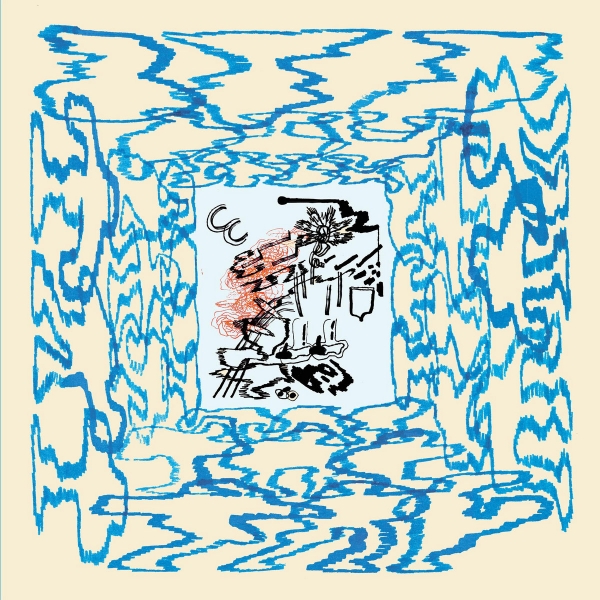 There’s a sense of urgency in the experimental psych-dream-pop of Austin-based five-piece Holy Wave.

Returning with their fifth studio full-length, Interloper sees the multi-instrumentalists explore the dichotomy of life at home and life on the road, interspersing layers of rich guitar and washes of pop-led synths in their most ambitious and immersive record yet.

From the get-go, the record feels romantic. Opener “Schmetterling” leads with dreamy, whirling breaths of airy synths, invoking the blissful haze of a final beach day stolen from the end of August. Coated in delicious reverb-laden sighs and backed by rolling drum fills, the track clings to a sunsoaked hopefulness as the band saunter into what is sure to be an exquisite future. With musings such as “the sound of destruction sounds just like creation”, the group idealise an escape from the past, as they embrace a more textured, driven sound.

Second track “R&B” draws similarities to the soft, vocal lull of fellow psychedelic rock group Spiritualized. Lyrically simplistic lines “I knew I wanted to be with you when you kissed me” and “I only have eyes for you” call on the rose-tinted warmth of new love, and melodically hang in an enviable, drifting romantic daze. Yet this romanticisation seems only to brush the surface of their daydream psych heaven. As titular track “Interloper” hints, the quintet are more grounded than the airs and graces of their well-worn dream-pop nostalgia. In croonings of “drink yourself into a ditch / so consumed by politics” and “sleeping with the enemy / lost all of your energy”, there’s a darker lyrical undercurrent rearing its head. Juxtaposed against an orchestral rise of cinematic, chiming synthesisers, the album begins to root itself in thoughts of feeling like a stranger in familiar places, the title of Interloper a fitting one.

From the sweetness of love in "R&B", the haunting "No Love" offers up the polar opposite - an uncomfortable, aching unhappiness and a sense of insecurity. Drifting from light, innocent melodies and nostalgic regret in refrain “no love, no feeling at all”, the song culminates in a chaotic delivery of unhinged trumpets and distorted guitars, as loss seeps into the band’s previously established haven. Followed up by the fast-paced urgency of “Hell Bastards”, the record continues its nosedive from the saccharine, caught up in a stretch of tumultuous, drum-led disorder. As record closer “Redhead” finally mellows out, it feels like the group have come full circle in what is ultimately a soul search for something new. Though winding up like outsiders, they close with a ringing out open-invitation to escape. 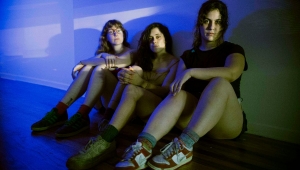