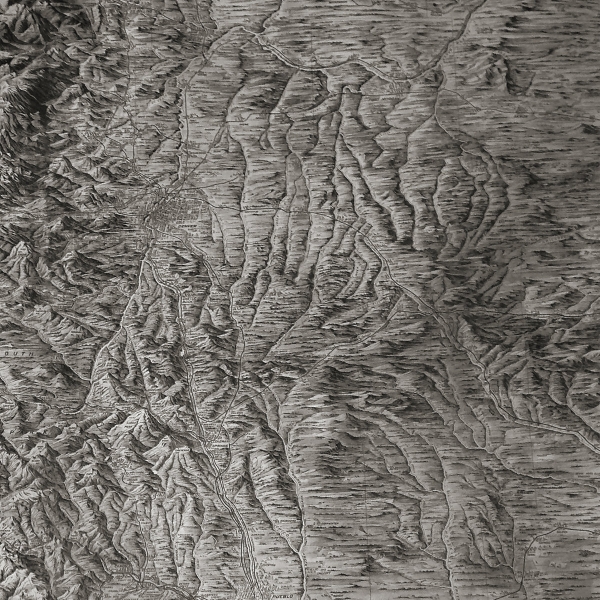 High Plains is the duo of Scott Morgan and Mark Bridges, a collaborative friendship born in the alpine Canadian town of Banff, Alberta. A couple of years after first meeting, they traveled to an even higher location with an even smaller population to record their debut, Cinderland.

Saratoga, Wyoming, is perched nearly 6,800 feet up in the Rocky Mountains a bit north of the border with Colorado. It is something of a midway point between Wisconsin, where cellist Bridges resides, and British Columbia, where Morgan, who makes experimental electronic music as Loscil, hails from. That’s a lot of geography, but Cinderland is an album that draws from and means to evoke the landscapes in which it was born. Grounding these ambient instrumental pieces in their place even further, they used locally gathered field recordings and an on-site grand piano.

Assembled over a couple of weeks in a school house, Cinderland feels neither rushed nor remote, but at times does sound as if it is echoing down distant winter slopes. Or, in the case of “A White Truck”, as if an out-of-control 18-wheeler is barreling closer out of the fog blaring its horn. Instead of going on green picturesque John Denver nature walks, Cinderland often feels like it is sleepwalking in the snow at twilight. The tenor is set with the ominous low resonance of the introductory title track, and one can almost read the camp’s mood as their trip elapses in the song titles; “Hypoxia” begins to wear the sea-level dwellers down, and they have just enough in them to draw out a tranquil “Song for a Last Night”.

Morgan and Bridges compliment each other well on Cinderland. As in Loscil, Morgan’s restrained compositions here leave open space, and Bridges’ cello slips naturally into it. High Plains isn’t “Loscil with strings”, though, and Morgan steps away from some of his main project’s trademarks, swapping skitter for sweep, hopefully opening the door for further exploration.