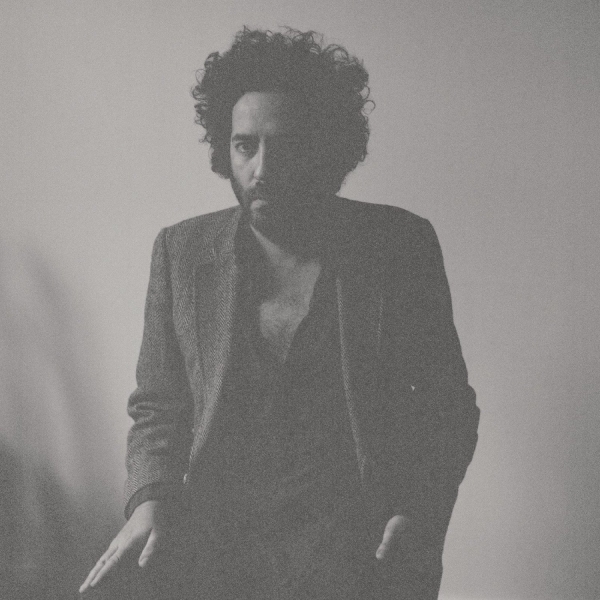 The first two measured refrains of Poison Season are a palette cleansing sorbet of piano and stately strings that could be introducing a melancholy film noir scene, a tear-jerking number from a 20s stage performer, or even the opening of an ‘80s power ballad.

Bejar's rasping whisper of a vocal joins the affair, like a familiar character popping up in an unfamiliar story that you've joined halfway through, as he opens with the rather wonderfully silly and biblical line "Jesus is beside himself, Jacob's in a state of decimation". It's a line we'll hear three more times, on the three iterations of this same song (“Times Square”) that form the opening, centre point and closing of the record.

This first time up the song teeters carefully out of a New York jazz club after last orders, hailing a cab home with the echoes and memories of a closing number featuring Tom Waits, Leonard Cohen and the ghost of Hollywood past. It's not the opening one might have expected for the follow up to Dan Bejar's last triumphant record in the guise of Destroyer, Kaputt. Whence the synths? The mid-tempo MOR maintained by the precision of the looped drum samples and the smooth uplifting saxophones?

And then there it is, perhaps, or at least a glimpse of it: lead single “Dream Lover” - the foot-tapping, air-punching, sax-wailing anthemic antithesis of the opening track. This track is pretty much solely responsible for those continued comparisons to Bruce Springsteen, what with those soaring saxophones and 3-chord simplicity, never mind that repeated lyric about "lovers on the run".

But while the reference is more than well-founded, it ends at the same time as the track does, as we fall back into the dark and brooding “Forces from Above”. The quaking strings sound like an orchestra of assorted wildlife tuning up ahead of a recital. It’s beautifully tormented, and agonizingly self aware, with a relentless heartbeat of confessional pushing and pulling the listener through the dense lyrics and spartan percussion and strings.

It's a kind of selective amnesia that runs through the record. The string arrangements often underscore the desolation of Bejar's lyrics where the synths of Kaputt made them uplifting: the artist has a new palette, and in painting the same subject seems to have found a very different series of interpretations. On first listen this seems to be a motif of the record: it rarely feels seamless. In fact many of the songs seem to deliberately have been pushed into being uncomfortable bedfellows, a deliberate creation of tension and conflict. It's only on subsequent listens that those strings seem to weave their way from one song to the next... a tapestry of angst and drama, with Bejar's nonsense poetry its own form of continuity.

It’s “Times Square” resurfacing at that midway point that really starts to draw that thread through, replete with saxophone you weren't aware that it had lacked at the start, like an echo of its earlier self blended with a demo cut for Aladdin Sane or Ziggy... It's like you've done exactly as Bejar suggests: "follow the road to the ocean", come back again, and that eponymous square seems to have changed, become busier in the light of a new day and listen.

While the reprise of “Times Square” occupies the structural midpoint of the record, it's the song that follows it, “Archer on the Beach”, that really starts to tug towards the sea change of the record. A wonderfully discordant and jumbled tumbling piano falls through the carefully crafted and laid back bass lines of the song, as Bejar channels his most Cohen-esque vocal performance of the record. Lyrically the most accessible and opaque at the same time, it's a haunting track, with incredibly violent imagery ("stapled to the neck of the storm") sitting quite happily alongside those small and desultory plays with words he so enjoys: swapping out "The Ash King's made of ashes" of the first verse for "The Ass King's made of asses" in the second.  Muted brass starts to emerge from the swing percussion and murky bass, and as the wave it forms starts to crest you're ready to be swept away in a devastating crescendo. But here as in the ocean, most of the time the swell never actually does crest: it just continues pulsing on its way.

The whole album is just such an ocean. Moments of calm such as the excellent “Solace's Bride” kindle a sense of inky black depression, heightened through the album with melancholically drawn out string arrangements. And while it never breaks into a full-blown tempest, we're often taken to the heights of those swells - with the half-fulfilled expectations of euphoria and fear of the wild aural landscape around the listener. The record abounds in references to the sky, to space and the stars, to the river, the beach, to the ocean - there's a feeling of expansiveness, of open space, and nature – a conscious avoidance of the urban made crystal clear in “The River” when he sings “Escape from New York. Escape from LA. Take it from me, leave London.”

There’s perhaps an edge of disenchantment with the industry that raised him on a pedestal four years ago for Kaputt at play here also. From the oddly accented reference to “artist and repertoire” in the 3x “Times Square” numbers, to instructing all who hear him to leave the capitals of the recorded music industry, there seems to be a positive intent to be opaque and oblique, to set lyrical riddles and musical challenges. If nothing else, it makes for varied listening. From the demented lullaby of “Girl in a Sling” to the ‘70s cop show theme music of “Midnight in the Rain”, via the casually indefinable pieces between, Bejar's musical magpie tendencies are in full flower on this record.

It makes for hard but rewarding listening, and ultimately the kind of record on which every track becomes its own standout moment. Early listing track “Hell” starts like a jaunt through a period drama; a turn around the garden in an Austen adaptation, until David Bowie shines through on that self destructive lyric "Baby it's dumb, look what I’ve become: scum". Bejar can be self-analytical to the point of self-loathing - but always with a safety net and edge of panache and an arch self-aware smile. His characters speak in forlorn poetry, caught in their own postmodern tragedies. And yet, there's a playfulness to the lyrics that reminds you of nothing so much as the lyrical flexibility of a non-native speaker - a feeling of being unconstrained by the conventional way in which words and phrases come together, alongside an exploration of the sounds that they're making, and finding a poetry in the noises that result. In the rare moments that he does rhyme you can hear the undercurrents of a childish glee bordering on flippant contempt... and most times it's due to repeating the line, just to hear it rhyme.  Alongside that playfulness, acerbic one-liners tumble out atop and around whispered reassurances. There's not many people you'd let be so intimate and so violent when they speak to you.

There’s often a conflict between the lyrics and the musical intent. Sometimes this is as simple as the outro of “Bangkok”, in which the listener merrily finds themselves singing along to the oddly affirming instruction to "bring out your dead, bring out the light", or the aforementioned “Hell”, which similarly ends in a rousing repetition of “it’s hell down here, it’s hell”. The record as a whole carries this conflict through: gorgeous orchestral movements lift  Bejar’s rasped repetition of lyrics, where the sounds and shapes of the music carry as much sense as the words, and are often at odds within a song, which will turn on a dime: hopping from one genre to another on the turn of a violin bow.

And so to those three versions of “Times Square”: apparently born not only of wanting to draw a thread through the album, but also being conflicted about how best to present the chameleonic song. Whether Poison Season is approached as an exhibition of those many individual pieces, or as an ensemble affair weaved subconsciously together, that conflicted point of view leads the listener to treat the whole LP as an exploration. There's no need for a thread, as the listener is constantly drawing their own through the record. We're not exploring a city with hidden alleys and a story behind every door... we're exploring a psyche, an open and immense and immeasurable expanse - from some angles unchangeable, and from others endlessly changing. In other words: a piece of art.