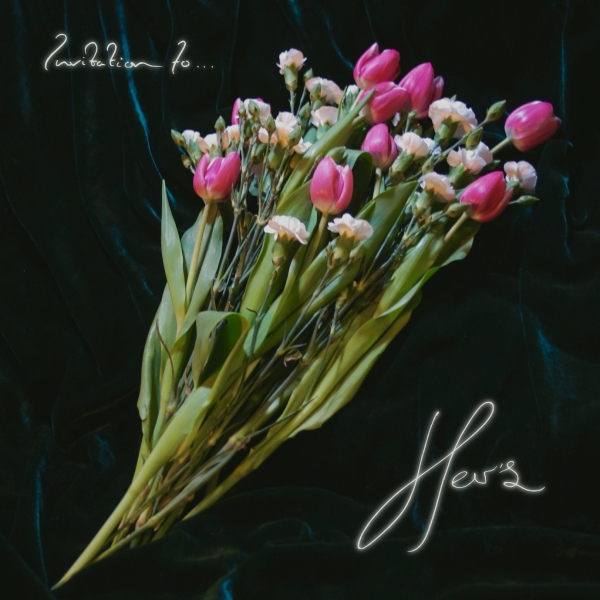 What do you get when you cross the chorus-pedal slackerisms of Mac DeMarco, the wonky retrospection of Ariel Pink, and Julian Casablancas’ infectious baritone vocal?

The answer is Liverpool-based duo Her’s. Stephen Fitzpatrick and Audun Laading’s partnership has perfect chemistry, defined by a love for dreamy, romantic pop music, all of which really begins to take shape on Invitation To Her’s.

2017’s debut mini-album Songs Of Her’s was a relatively straightforward ode to Demarco’s now eternally copied jangle pop (ee "What Once Was" and "Marcel"), but on their latest, the duo show that the world they inhabit is a lot more weird and wonderful than it first seemed. Each track is its own little microcosm of oddness, unfolding like a brightly colored cartoon storyboard.

"Mannie’s Smile" signals a shift early on, chugging along like the bit in a cheesy rom-com when the protagonist hits the road in search of their long-lost love. There’s something incredibly filmic about Invitation To Her’s, each track with the potential to soundtrack scenes of varied genres. "Blue Lips" is a Lynchian waltz of weirdness containing a lead vocal that could easily be Roy Orbison’s ghost. It’s equally comforting and unsettling at the same time, a paradox of happiness and pure melancholy filtered into an off-kilter ballad.

"Low Beam" is among the standouts here (as well as "She Needs Him" and "Harvey"), consisting of intricately windy, bendy guitars flung around a tight drum machine clatter. Ultimately, the album is a warm, fuzzy and familiar affair, succeeding in its primary mission to marry peculiar humour with genuinely catchy pop melodies. Invitation accepted.