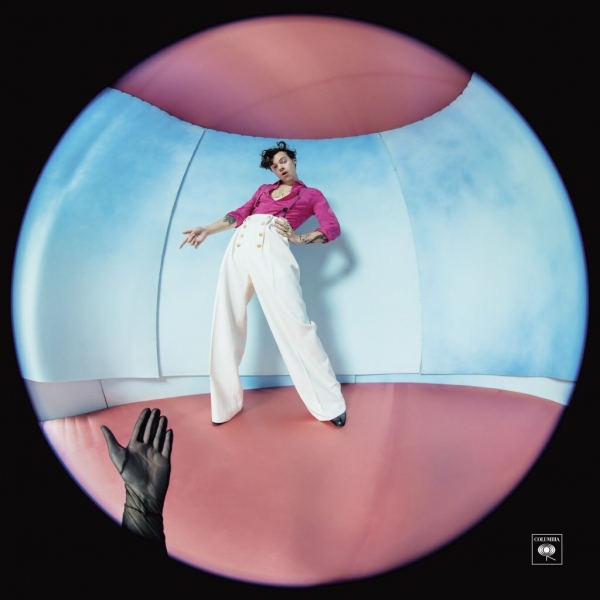 Waking up to a Conservative majority government and the simultaneous release of Harry Styles’ second album is so inherently, woefully bittersweet that it would be funny, if anything could feel funny on this most miserable of days.

At midnight on Friday 13 December, as the first of many Tory gains were being reported, the drop of this deeply longed-for album was demoted from a major life event to a barely-felt whisper; a queued-up tweet lost among the ticking timeline of misery. Over the course of a couple of late hours, the country became seemingly airtight from joy – and what is Harry Styles for if not the cultivation of joy?

On his self-titled debut album, Styles showed understanding of his role as society’s emotional support dreamboat. Soothing Fleetwood Mac/Rolling Stones musicality paired well with romanticised images of women, vague enough that the listener could neatly insert herself onto Styles’ pedestal. On Fine Line this is gently developed, with tightened specificity. The sound is distinctly West coast USA, with lazy guitar lines and balmy, psychedelic production suggestive of heavy, humid evening air. Each song is wrapped up in its own seductive gauze: from the sun-warmed AOR of “Golden” to the springy kaleidoscopic bounce of “Sunflower, Vol. 6”.

This location-specific sound – tied to its recording in California – is paired with more autobiographical lyrics, from fuckboy revelations (“There's no one to blame but the drink and my wandering hands”) to detailed, unguarded confessions (“There's a piece of you in how I dress / Take it as a compliment”). Styles is still wrapped up in romance, but his bite is sharper, and his flaws are broken open. On “Cherry”, he is bitter and jealous: “Don't you call him 'baby'...Don't you call him what you used to call me.” It’s ostensibly revelatory, but Styles is still a mystery, carrying over the appeal of his debut – and, arguably, his entire appeal as a pop star – to this change of scenery. Fine Line is dreamlike, a soft ready-made world to fall into, and the listener can once again choose to place herself at the centre – not just as a romantic interest. Lead single “Lights Up” is built around the generosity of an existential therapist’s open question (“Do you know who you are?”), with Styles centring our needs; listening rather than waiting to speak.

On “Sign of the Times”, his debut single, Styles imagined himself as our companion at the end of the world, kissing our hand and chastely telling us not to panic as the waves of the apocalypse lapped at our feet. On this, the day of Fine Line’s release, his imaginary scenario feels sharp and urgent – but it also feels ridiculous and borderline offensive to align pop music with the worsening, unimaginable realities of contemporary life, even if one’s job is to write about pop music, with a tendency to align it to the realities of contemporary life.

There are missteps here (notably the trite “Treat People With Kindness”) and fair criticisms to be made – the lyrics sometimes slip from enigmatic to meaningless, and the meandering nature of some of the songs becomes listless. Styles doesn’t feel like he’s fully-formed as a songwriter yet, nor necessarily should he. These criticisms would probably feel sharper or more meaningful on a different day, in a different week, in a different year. Fine Line is a solid, playful pop album, but that matters less than its status as a source of uncomplicated comfort and affirmation. When everything feels hopeless, pop music feels frivolous, but there’s joy in frivolity, and deep meaning in joy. Harry Styles is one of our finest forces for joy.