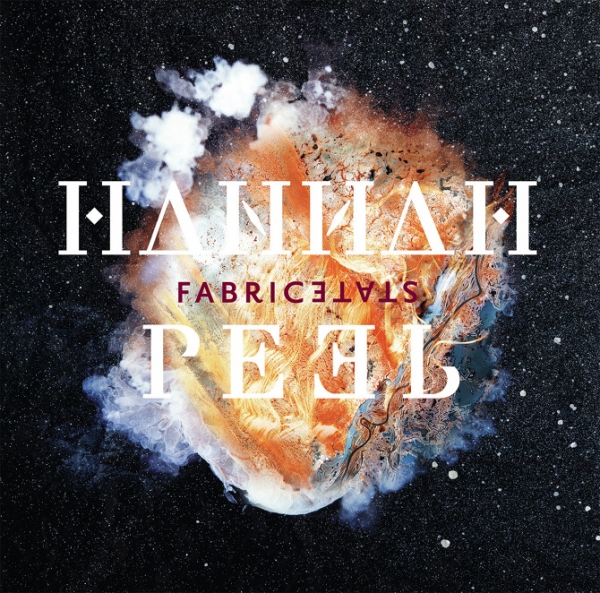 Renowned for being a trooper on the front lines of subverting folk conventions, Northern Irish singer-songwriter Hannah Peel, for her upcoming Fabricstate EP, is stepping out from the shadow of her former glories. Rather than once more pulverising the boundaries of her beloved genre, she’s hurtled into a world of analogue synths and a “love for the golden age of cinema and Italo Calvino’s 1972 book Invisible Cities, the imagined travels of Kublai Khan, through the very real loneliness felt by living in big cities, the failure and building of new relationships, to the dreams of a better future.” It’s quite a lot to fit into a teensy four-track EP.

Consistently, Peel has won praise for innovative deconstructions of popular tracks and experimental indulgences within her music. She’s a connoisseur of fine music boxes – not a common thing, most will agree – but on Fabricstate, that idiosyncrasy, which piqued the attention of many, is (at least mostly) locked away. Instead, she welds together Juno synths, strings (of various styles), layered vocals and sampled ‘found’ percussion to create a kind of steampunk folktronica – it’s mechanical, futuristic to a degree, but frequently warm, organic and blessed by nature.

One might assume, on “Desolation Row”, you’d find fragments of Bob Dylan’s seminal number – especially given Peel’s fondness for topsy-turvy-ing classic cuts. There’s few similarities between Peel and Dylan here though. On her track, there’s rousing, swollen brass blooms, a faintly wobbling basslines and scratchy e-beats. There’s a distant dance scent – the bass wobbles, the drums rattle at speed as if D’N’B being rewound in slomo – but you have to peer through the leviathan atmospheric pop sounds to find them.

On “Chloe”, we glimpse a few more traditional Peelian flavours. The burbling, dusk-sodden melodies, a rustic menace, a brambly pitter-patter ostinato from some indistinguishable source (is that the music box once more? A synth? Something else?) – it’s still grand and colourful, but more subdued and ‘folky’. The electronic influences are more reserved – unlike on “Silk Road”. Slashed up samples, post-dubstep bass, deep booming beats and… harps… make up this understated, worldly effort. Much like Marco Polo’s Silk Road, Peel’s treks through many different cultures, from London’s electronic worlds, to Middle Eastern-style melodies, to Asian folk shrapnel, to classical European keys. It’s vast and vivid, summoning all kinds of epic visions of decade-long quests and ancient cultures.

Hannah Peel’s first EP in approximately a year marks, potentially, if this isn’t just a relieving of pent-up creative tensions, a new direction for her. There are remnants of the kind of hauntingly beautiful sounds we’ve grown to expect over the years, but this is by and large a jolt into the unknown – and it pays off. It’s an exhilarating listen, full of highs and lows. The intrigue is conjured most notably through the experiments she conducts within her new sound – she whisks you into a fresh world. It’s a very visual release, hijacking your mind and steering your imagination across the globe and throughout time. It’s only four tracks, but the depth at which Peel drags you will make it feel like considerably longer. If this is what she has in store for us in the future, then we should start getting excited.