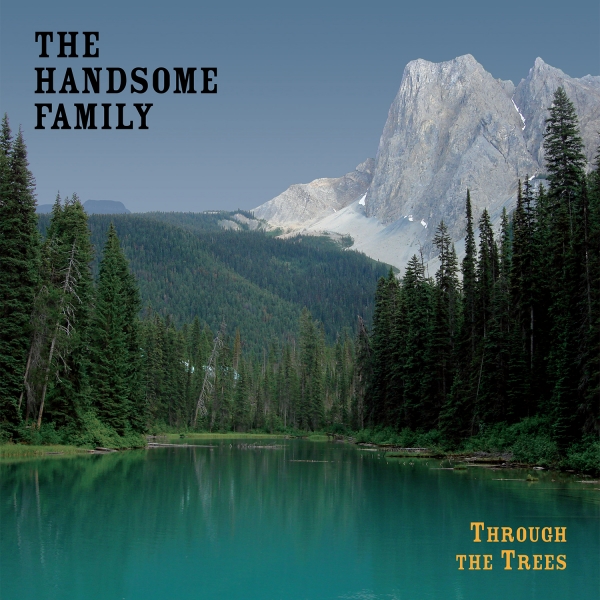 It’s twenty years since The Handsome Family released Through the Trees and they’re still going strong as one of music’s most inventive duos.

The record - reissued this month - is a defining work by Brett and Rennie Sparks and an inescapably intense listening experience that excels in mood and storytelling. A tentpole release for the developing Americana scene back in the day, it was recorded alone in a make-shift loft studio in Chicago by the Sparks, encouraged by Dave Trumfio, who produced their earlier music.

The roughness of the first two Handsome Family albums is shorn away and what's left is an intricately crafted country record with an alluring confidence that transcends guitars and two-part harmonies. Jeff Tweedy's appearance on the album (backing vocals and guitar) was the equivalent a Drake co-sign at a point where Tweedy - three albums deep into Wilco - was well established as the crown prince of alt.country.

It's existential music at its finest, with the album's closer "My Ghost" - written after Brett's stay at a psychiatric hospital - providing some of the best lyrics they've ever written: "Here in the bipolar ward if you shower you get a gold star / But I'm not going far till the Haldol kicks in / Until then, until then I'm stuck in this fucking twin bed and I won't get any cookies or tea /till I stop quoting Nietzsche and brush my teeth and comb my hair." There's macabre humour at every turn - as literary and unsettling as any work by Walker Percy or Flannery O'Connor - but the record never loses its heart. "The Giant of Illinois" shimmers with bruised melancholy, "I Fell" is a gut-punch to a failed romance with added pathos, and the album's opener "Weightless Again" muses on the convergence between extremes of happiness and sadness.

Through The Trees does a lot with its 45 minutes and gets away with it despite being one of Americana's more ecelctic records. To the credit, they moved the genre forward, paving the way for greater eccentricity and experimentation.