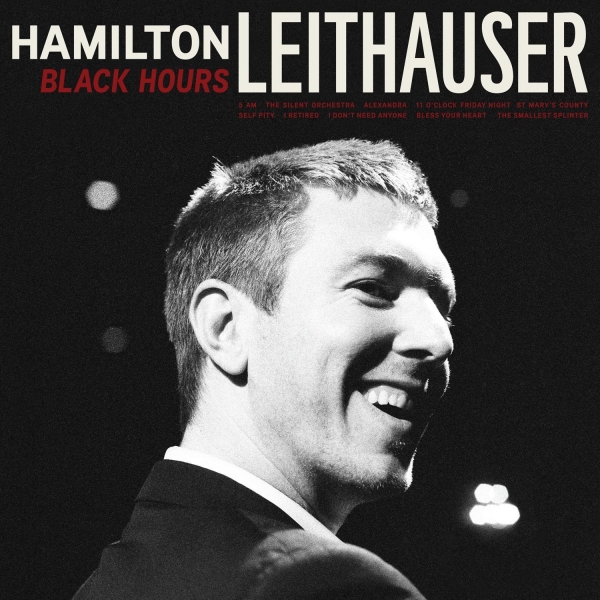 Over the course of The Walkmen’s closing trilogy, beginning with 2008’s exceptional You & Me and closing in 2012 with the pleasantly wistful Heaven, the New York/Philadelphia quintet seemed increasingly taken with the aesthetics of mood and reduction. Repurposing rock and roll implements to pre-rock sounds (torch songs, country-and-western, minimalist big-band croons), songs like ““Dónde Está la Playa” and the aptly titled “Torch Song” had the fashionably rumpled aura of post-World War II Manhattan – noir-ish, vaguely boozy, deeply stylized and precisely constructed. The Walkmen seemed to value tension above all else, and even their most major key, pop-oriented numbers – like the wonderful “In The New Year” – were built to swell and release. Guitars would spark along the songs’ austere surfaces until suddenly, in the blink of an eye, they’d catch.

Such was the band’s modus operandi until they called it a (indefinite) day. Now we’re getting our first listen to the kinds of sounds Hamilton Leithauser – the band’s singer and lyricist – will make on his own. Perhaps unsurprisingly, Black Hours, Leithauser’s debut solo album, carries much of the nighttime temperaments of The Walkmen (the album’s title is a hint); yet contained within those familiar shadow plays are moments that are more willing to embrace, melodies that aim for connection rather than slow-forming moods and silhouettes. A trite way to explain Black Hours would be to posit that it sounds like Hamilton Leithauser is having a type of fun that we are let in on, rather than subject to. Another way of saying it might be that The Walkmen singer has taken the various tools of his band’s sound and turned them into toys. Everyone is welcome to enjoy the selves with Black Hours.

The album begins with “5 AM” a ruminative three minutes of pure, old-style dramatic pop, a crooned interlude set to stammering strings and sympathetic piano. The narrative is as self-referential as the music’s doubling-down on The Walkmen’s pre-rock obsessions. Leithauser’s first word? “Listen.” Later, the singer asks, “Do you ever wonder why I sing these love songs/When I have no love at all?” Percussion begins and ends with the gentle sizzle of tambourine, the structure is meandering, prizing atmosphere over construction. Suiting its title, “5 AM” is a rumpled black jacket of a song, cool yet overwhelmed, impressionist yet exaggerated, coolly mysterious yet rife with emotive peaks and sly valleys. If it’s a look we’ve seen before, and one we’ve come to associate with Leithauser especially, who has dug into the role of post-punk crooner with gusto, “5 AM” is nevertheless, at minimum, the kind of familiarity that is charming, the kind of template that benefits from this kind of exact execution.

More surprising, and compelling, is the tropical lilt of “The Silent Orchestra,” a warmly exotic bit of sunburst melody that begins the album in earnest, all up-swinging strings and chattering hi-hats. The song gracefully ebbs to Leithauser’s lone voice in the second verse, “I left my footprints out in the sand/And all the kissing brought us to bed,” underlining the island romanticism that makes “The Silent Orchestra” go. If the charge could be leveled that Leithauser is still playing on the same beach as The Walkmen, songs like “The Silent Orchestra” underline the ways in which the singer is going for depth and breadth, swimming coastal waters a ways out from land. The similarly extroverted, even more spritely “Alexandra” underlines the globalism that is a new look for Leithauser. Set to a Rhythm of the Saints-era Paul Simon stomp-and-strum, Leithauser finds a lovely hook simply by pumping melody into the titular name, drawling “Alexandra” with infectious abandon. The music around him abandons the monochromes to which we’ve grown accustomed as pairing for Leithauser’s razor-sharp tenor, instead opting for the Technicolor bursts of whirling organ, barrelhouse piano, buzzing harmonica, and deep layers of sing-along harmonies. If The Walkmen, on their final album, Heaven, appeared to have trouble fitting their aesthetic into new contexts of happy, mid-30s comfort, Leithauser seems to have cracked that nut by sniffing out mid-century sounds that offer retro chic deployed for celebration and motion rather than gloomy urban modernism.

Elsewhere, “11 O’Clock Friday Night” (another on-the-nose Leithauser title) repurposes the marimba that showed up occasionally on recent Walkmen records to instead build up a graciously dancing Motown riff, around which guitar and Afro-pop percussion slowly build. The song swells and swells as Leithauser paints a scene of nighttime wandering, eventually finding an elegantly simple hook: “You and me and everybody else.” The song largely sizzles without ever truly bursting into flame (a signature design for the singer/songwriter at this point), but, as with “The Silent Orchestra,” it’s neat to see Leithauser making mood music devoted to warmth and a certain kind of exhausted satisfaction rather than the differently-thrilling edginess of say “On The Water.”

The rest of the album more or less spins on that axis of warm, expansive reconstructions of Eisenhower/Kennedy-era balladeering. “St. Mary’s County” sweeps along in the quiet hum of violins and piano, a Sunday respite of cozy major key wistfulness. “Self Pity” begins with a vaguely uncanny gloaming of strings before settling into a breezy Phil Spector-esque bit of pocket symphony melodrama, even if there is some weirdness in the song’s noisy, post-punk inflected bridges. “I Retired” hammers away more earnestly at the vague strains of country-and-western that wafted through Heaven, moseying along in a major-key Countrypolitan trot, sprinkled with climbing vines of bass and twinkling organs that give the whole thing a hung-over, Blonde On Blonde mystique. The song’s back third swells into near-gospel heights, echoing, widescreen harmonies rising to meet Hamilton’s warm, oaken voice. Indeed, the humble happiness of “I Retired” (the title of which begs some Walkmen-related questions) largely defines Black Hours, an album that, despite the nighttime evocation of its title, feels more like the mostly-sunny reveries of three in the afternoon, even if we’re more used to all of this twelve hours later.