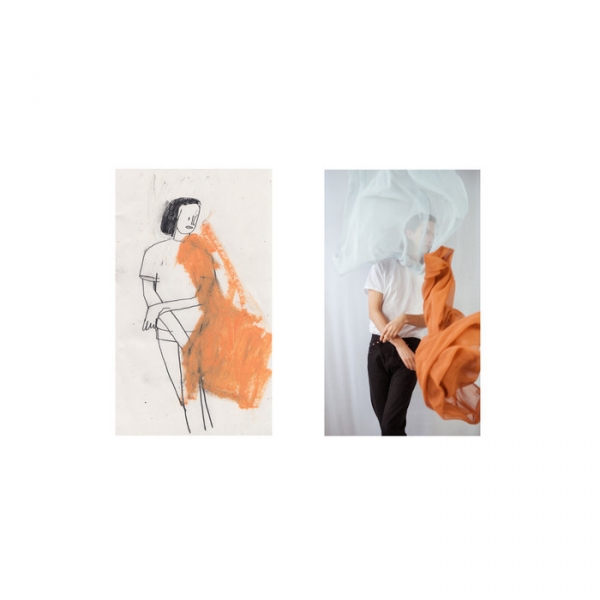 In the closing months of the decade, we are thrown back to the beginning - to 2011 and the breathtaking intensity of the debut release by a young artist known as Halls.

It has been 9 years since “Solace/Colossus” cautiously emerged on the already dying crest of the wave known as Bedroom Pop.

Something was different about Sam Howard’s work as Halls though, there was more to it, and his first album in 2012 proved that. Ark was untouchably fragile, heartbreaking, incredibly well composed and as expansive as it was introspective. The solitary ambience of Love To Give followed in 2014 and so did a terrible personal loss. The day after the album’s release show Howard learnt that his father had cancer and six months later he passed away.

Immediately retreating from the limelight, Howard spent the intervening years working on various projects but soon stepped away from music entirely. It was only when he was able to face the grief and depression that he came back to Halls and Infinite Loss was born out of the darkness.

It offers a similar heart-breaking fragility, a familiar focus on isolation and death but things are brought into sharper focus - everything is more personal and delivered with an unrivalled sense of clarity.

“Baby” seems to address these feelings most directly, with a bluntness and honesty that almost takes you back. The cautious vocal-driven opening “I know that it hurts / You miss your dad so much” is underpinned with a simple piano refrain which soon gives way to the heartbreaking words “God it hurts so bad.” The tremble on the word “bad” is wrought with grief. It’s like the words come tumbling from Howard’s mouth without control, their intensity shortly matched by the injection of distorted electronics and indecipherable gossamer wails.

Grief makes itself known in an incomprehensible number of ways, and listening to Infinite Loss we get a sense of Howard processing as many paths as possible. Wrapped in Infinite Loss we find an existential smorgasbord in, (de facto) title track “∞ Loss” plus “∞ Life”, “∞”, “∞ Love”, and “∞ Longing”. They are all ambient, mostly short snippets, where vocals sometimes combine with a fuller melody, sometimes only with white noise, and sometimes vocals are entirely absent. These tracks represent the record’s most fragmented moments but they also hold everything together, giving the rest space to breathe.

Through trauma often comes discovery and Infinite Loss definitely finds Halls experimenting with newfound pop sensibilities, an underlying slicker sound and a more confident voice. The depression is always present, but in songs like lead single “The Gift” we also find a playfulness in glitchy vocal samples, an ever-changing pace, shifting moods, shifting focus and assured piano keys. Early album track “Face To Face” and recalls earlier material but is also bolder, stronger, and more hook-laden. That’s not to say this is Halls gone commercial pop or electronic though by any means. As ever with Halls, everything is very subtle and demanding of your undivided attention and repeat listens.