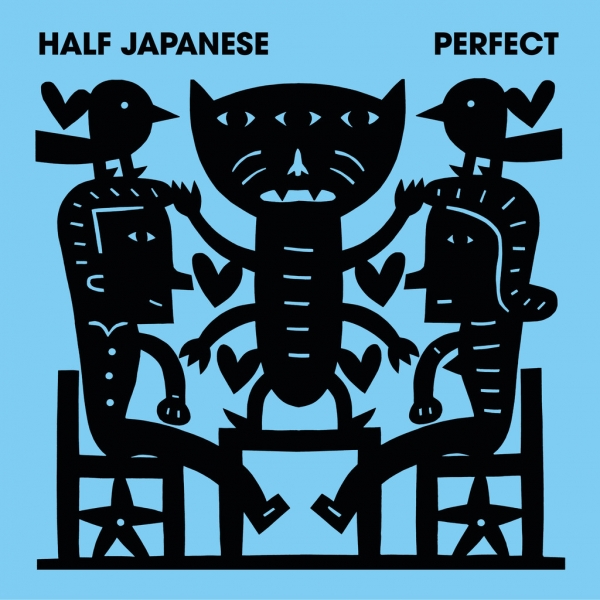 Perfect, Half-Japanese’s fifteenth full-length album, is the latest addition to a discography that has grown sporadically, in both size and lasting influence. Half Japanese is one of those rare bands whose output must be taken as a whole to be fully appreciated. Such is Fair’s dedication to tone and subject matter that, barring the obvious shifts in production values and line-ups, it’s difficult to distinguish the songs of Perfect from the band’s earliest offerings. More than albums, Half-Japanese’s discography is built on songs. Those songs - beholden less to traditional structure than to their ability to hold Fair’s interest - are built on moments, which find transcendence in small victories and devastation in minor setbacks.

Jeff Feuerzeig's 1993 documentary Half Japanese: The Band That Would Be King gets at the unique charm and approach of Jad Fair and David Fair took to creating music in the band's early years. "You do need cords to plug the guitar in, but that's pretty much it," Jad says, deadpan. Interspersed are interviews with the likes of critic Byron Coley, Matador Records CEO Gerard Cosloy, and Velvet Underground drummer Maureen Tucker, who produced and performed on 1995's Hot, as they opine on the band's contribution to the burgeoning indie underground. Nearly twenty years after, as a testament to their lasting appeal, Half Japanese were selected to appear on 2012's  All Tomorrows Parties, under Jeff Mangum's curatorial direction. Half-Japanese's great strength is that Jad Fair could trade on this cred, but chooses to trade on earnestness instead.

From the synthetic video screech of the opening track “That is That,” to the bright-but-ominous organ warble of the honky-tonk inflected “You and I,”  Perfect is marked by ambitious instrumentation. As usual, these songs dwell on the definitive moments when love and all of its potential are revealed. “Love is calling, calling for you, it’s calling for me/Love is calling for us, the two of us/Open the door and let it in, well that ain’t no sin,” he implores on the shimmering and freeform “Listen To Your Heart.” They are also marked by shifts in tempo and tone. “That is That,” segues quickly to crunchy punk energy. Earlier in Half Japanese’s run, these might have been two different songs, each under a minute in length.