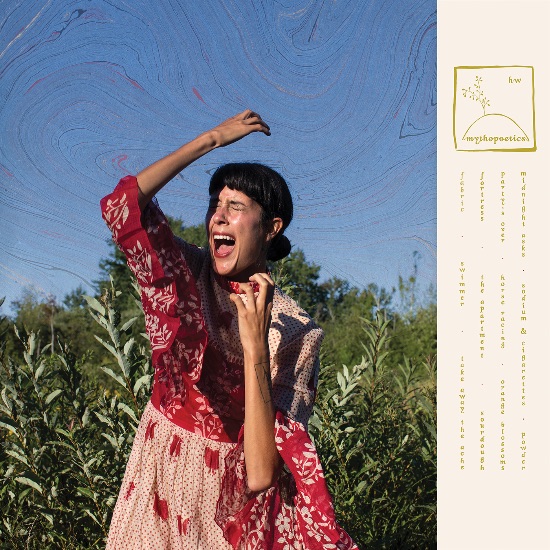 The beautifully titled Mythopoetics isn’t a massive stylistic shift for Rose, but rather a product of honing and paring back her dense and diverse sonics into something more intimate, the opposite side of the coin to last year’s very synth-based The Caretaker. As the sun-dripped texture of the album cover implies, this is a more organic record, that strips away some of the electronic spectres and grooves from her earlier albums and lets Rose’s piano balladry and finespun vocals lead the way. There's still the odd rushes of '80s drums or casio-key flutterings, but the songwriting takes centre stage here.

It’s so fantastic to find out that beneath it all, that songwriting is still pretty breathtaking, even at the expense of not sounding as individualistic as she has done in the past. Rose pulls a great trick of not playing the chord you were expecting, but playing the chord that hits even harder.

The record’s opening is perhaps the most surprising turn, with a fable-like piano ballad that reeks of Vashti Bunyan, and creates a very earthy, ancient-sounding bedrock for the album to build upon. “Sourdough” is a really interesting cut lyrically, delving into the subconscious of someone carrying out a household task (in this case breadmaking) and conjures a surprising amount of metaphor and depth. It’s that very Aerial era Kate Bush trick of turning the mundane into something dream-like. The layered vocal crescendo in the latter half of that song is something to behold as well.

Rose doesn't forget her knack for writing heartwarming fist-on-chest pop too, evidenced by belters like “Horse Racing”, “Party’s Over” and “Swimmer”, all of which have such a warm, reassuring clasp on the listener that's pretty irresistible despite not being the most cutting-edge tracks she’s ever put together.

This record has that waltzing, wispy quality which makes you want to stand on the top of a hill and have a good cry. It's far from the first album to do that in this style, and even further from being the most experimental, but it really nails what it’s going for. Half Waif continues to prove one of the classiest acts in the field.