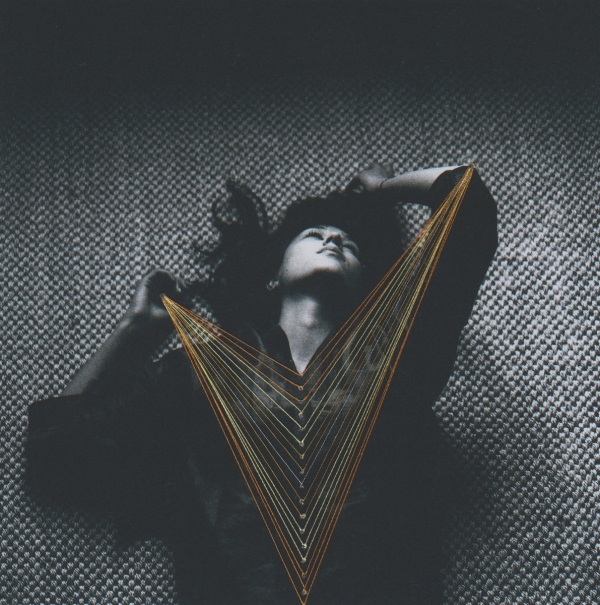 “You have been patient through every storm,” Nandi Rose Plunkett sings on the closing track of her new EP. “Forgive me, my baby, but what’s one more?”

At once introspective and expansive, form/a is an intricately woven embodiment of calm at the centre of chaos. Crafting tidal waves of sound with glitching rhythms and melodies that extend outwards until they kiss the sky, the Massachusetts-raised musician opens the door on the most intimately felt of emotions.

The daughter of an Indian mother and a Swiss-American father, under her alias Half Waif Plunkett makes music that's ethereally unsettled. There's something that slightly chills in the way her songs build and unravel. Echoes rise and are replaced with an electric energy, warmth bleeding through in the intensity of the words she sings.

With form/a Plunkett makes this craft a fine art. "My mood is a pendulum, I don't think you can handle it," she sings on opening track "Severed Logic", a twinkling introduction to an intangible world of deeply rooted thought and cinematic sound structures. Open and sprawling, it's a world of profound thought so elemental it can feel familiar to all.

The EP reaches a captivating crescendo on "Night Heat". Sparked off by the eerie two-hit clank of a radiator in the dead of night, the track is a ballad of the most romantic proportions. "I'll follow you forever so you know me well," Plunkett sings, ardent emotion ringing crystal clear in her echoing vocal. "Then there's no need to really know myself," the lyrics continue, underpinning the song with a hopeless desperation.

These twists and turns aren't uncommon in Half Waif's music. "Magic Trick" ripples gently outwards before twisting in on itself, construction purposefully folding under the weight of expectation. On "Cerulean", form seems to fall by the wayside, melodies freefalling through the ether with a spellbinding grace in slow motion.

With every delicate admission these songs find strength. Displaced, in search of escape, fervently in love, or rooted in solitude, by giving shape to these emotions Half Waif offers a sense of affirmation in simply feeling them. Like the promise of sunrise ushering in a clear blue sky, form/a tells us that no matter the situation, there can still be some magic to be found.