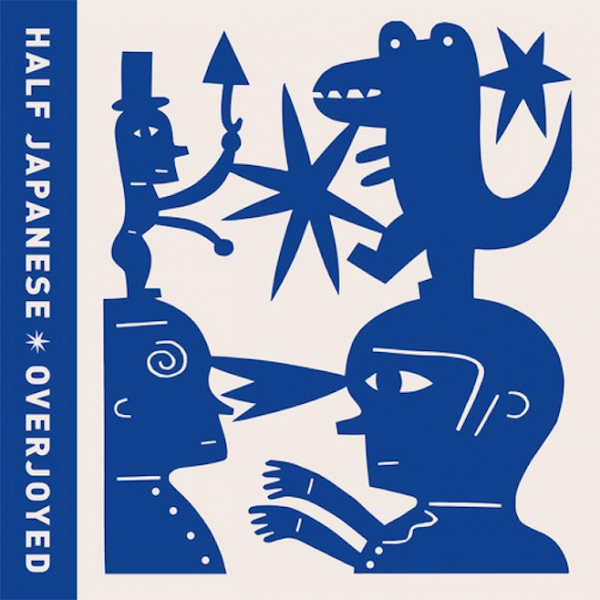 Earlier this year, The Pixies returned with their first new LP in two decades, Indie Cindy. Its success is neither here nor there; the alt. legends’ comeback was what was really under the scrutiny of the public microscope. Was it a “craven cash-in”? Was it time? Can they do it without Kim?

Theirs is (/was) a legacy, held to the loftiest esteem. They inspired, albeit indirectly, through Kurt Cobain and Nirvana, a generation of musicians. They also inspired, very much directly, generations more. The Pixies were, in a manner of speaking, the success stories of late-‘80s/early-‘90s cult noise makers. If you peer harder, you might catch a glimpse of Half Japanese. They share parallels with Black Francis & Co., not least the Cobain links and the monumental amount of time between ‘final’ records and ‘comeback’ records (more on that in a sec). The yelled abrasions, surreal sweetness, jagged jangle-pop and art-punk and proto-grunge machinations are comparable too, and Half Japanese have paved the way for mammoth acts, including Neutral Milk Hotel and anyone who names Nirvana as their year zero.

For their return, Half Japanese are dropping Overjoyed, their first record in thirteen years – since 2001’s Hello. Are they simply in need of a paycheck? Was Jeff Mangum’s persistence a catalyst for reformation? Is it just time? The Maryland outfit are now a different beast in terms of lineup, but still led by Jad Fair, one of the original founding brothers, and many of the roster are longtime collaborators.

The band enjoy a reputation as pioneers of the lo-fi DIY rock genre, with Fair famously never playing in any standard way, with any standard (or particularly deliberate) tuning, and proclaiming “the only chord [he knows] is the one that connects the guitar to the amp.” Fortunately, they retain this rusty, dilapidated rock shell. It’s pretty polished for something ‘DIY’, but in comparison to Indie Cindy‘s stadium rock, the integrity of Overjoyed shouldn’t be in question.

“In Its Pull”, lounging about somewhere near Talking Heads’ “Psycho Killer”, is a rambunctious stick of dynamite. It’s loud, brash, strangely melodic and engorged with axe chops. It’s all wiry solos and chunky licks, with a vaguely country bent and classic ‘70s sheen. “Meant To Be That Way” is similar in tone, though it sounds like a UFO landed in the studio based on the synth noises. Chugging along, “Do It Nation” channels some of the more experimental leanings of their faraway past. Fair sings – and just makes weird sounds with his mouth – through heavy distortion; it’s as if he’s possessed a HAM radio.

Slower ditty “The Time Is Now” is ludicrously sweet. Kind of. Fair’s voice, verging upon Tom Delonge-nasal, jars with the chilled guitars and gentle textures. To begin with, he sounds manic, outraged even. As the track rumbles on, and harmonicas interject, the true themes sprout: “What we have will endure and endure/I’m so glad you’re you/I’m so glad we’re us/let’s put more chocolate in our chocolate cake/and let’s go swimming in a chocolate lake.” It’s beguilingly romantic, super corny, and probably one of Overjoyed‘s most impressive efforts.

In all, Overyjoyed sees Half Japanese play it considerably safer than they used to, and there’s bundles of pop-rock glory to enjoy, but it’s still more than enough for loyal fans to breathe a sigh of relief.