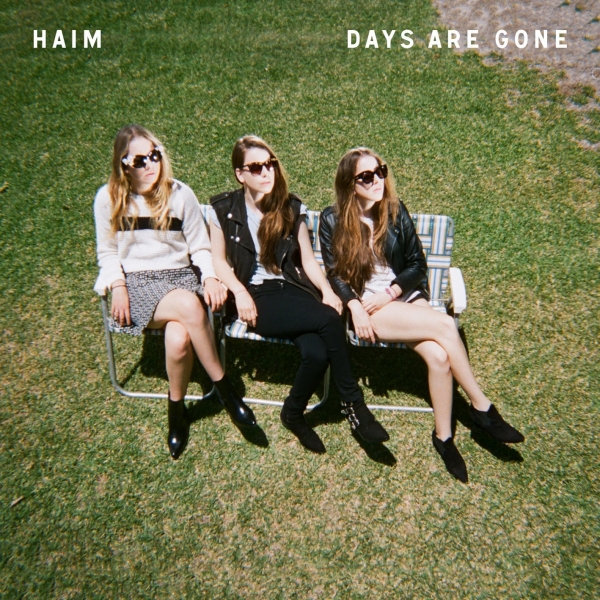 Embarking on this review, I was surprised to read one day that Haim claim to have struggled to be seen as “more than just a girl band”. Now I’m not going to delve into the politically correct – or incorrect – guidelines of what is or isn’t considered sexist in the music industry and/or if that’s even an issue, because a) I am bound to upset someone, which is not the reason I’ve brought this up or b) considering girl band vs boy band (or perhaps, ultimately, girl vs boy) isn’t going to do the trio any favours, since it would probably highlight uncomfortable differences, ideas and opinions which would in turn bring us back to point a) etc., and quite frankly, walking around in circles is both dizzying and pointless.

There is no denying, however, that there is a stigma that lurks beneath the generally positive, empowering ideas that equate ‘female’ and ‘in a band’ – which is why Haim’s declaration of struggle wasn’t perhaps all that surprising after all. It is a stigma that, all in all, is both fading and unnecessary, but my views on its existence at all are obviously better suited to expression on a blog which in no way would reflect the views or opinions of the BBC and so forth. But, the reason I’m pointing all this out is because really, this ‘girl band’ can relax about the struggle. Days Are Gone is not ‘just another record by just another girl band’ but a record, by a band, who are all women. And that’s how it – and all albums, regardless of gender and sidestepping stereotype – ought to be considered.

Now that that’s all out of the way, let’s talk about the record. Days Are Gone opens with ‘Falling’, a pulsating, resonant reminder that you can’t stand up without falling down. Echoes bounce off each other and drums hammer their way irregularly beneath delayed guitar riffs to build towards a united exclamation – “never look back and never give up”.

Without the old there would be no new, however, as shown by follow-up track ‘Forever’ which is still a strong reminder of why our ears excitedly stood to attention last March. ‘The Wire’ is a passionately catchy live-favourite with a chorus and cyclic stick-in-your-head rhythm that deserves crowd clap-and-sing-alongs.

The first of four brand new songs on the record, ‘If I Could Change Your Mind’ is a feverish, sultry clattering of cymbals that swells into an earnest stream of consciousness, nostalgia, possibilities, and regret. ‘Honey & I’, with its muffled chords and tender narratives – “I know there’s nothing good in goodbye”; “This song can’t be played alone / It was made to be played with my honey and I” – layers irregular beats atop unpredictable yet precisely timed vocals and harmonies, building towards a riotous refrain that pulls back to a restrained chiming.

Overall, Days Are Gone showcases the band’s individual strengths that have been pulled together to create a collective group with intensity and depth of potential. Featuring old and new, the expected (‘Don’t Save Me’) and the unexpected (‘My Song 5’), it creates its own spectral glow that it proceeds to deservedly bask in. In fact, by the time the hauntingly darker, semi-synthesized ‘Running If You Call My Name’ closes this 11-track debut, unforgettable melodies will linger to ease the slight disappointment that it doesn’t last as long as I’d like. But we needn’t worry; there’s no denying that for Haim, their days aren’t gone, but just beginning.