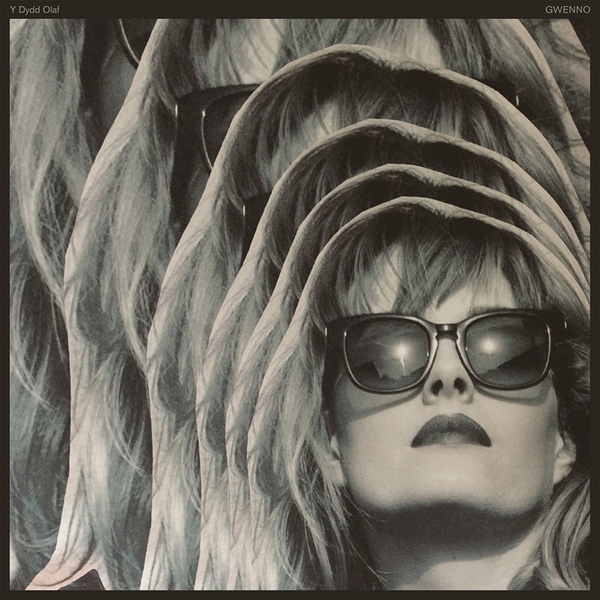 In her previous incarnation in The Pipettes, Gwenno tasted a modicum of chart success, but the band never gained their deserved level of attention.

Now with her solo album Y Dydd Olaf, she’s a totally different animal; less playful, yet certainly a force to be reckoned with, both critically and commercially.

Writing a ‘political concept album’, basing it on an obscure dystopian novel where robots have taken over the world and singing it mainly in Welsh may not seem like the most commercial proposition. But then again, the idea of a phone with a weird operating system and terrible battery life didn’t do Steve Jobs any harm.

To say that concept albums can be disastrous is an understatement (I still shudder when anyone mentions Yes’ Tales From Topographic Oceans). On the face of it the last Sci-Fi concept album was Jeff Wayne’s bombastic soundtrack to War of The Worlds, (featuring “Forever Autumn”, probably the greatest cheese-fest of a song ever). But Y Dydd Olaf (which means ‘The Last Day’) isn’t bombastic; it’s incredibly subtle, it's closest cousing being Super Furry Animals' masterful Mwng - also sang in Welsh.

What makes both records so fantastic is that not only do you not have to speak Welsh to understand the emotions and sentiments both share a similar political raging against the dying of the light that is also tinged with resignation. Whereas Mwng jumped across a range of moods, Y Dydd Olaf has a more consistent melancholy as its narrative. The music is deceptively intricate throughout, like Hans Zimmer's scores for Christopher Nolan’s films. With Motorik rhythms throughout, there’s a Kraftwerk circa Autobahn feel at play, with the electronics complimented beautifully with live instruments.

Opener “Chwyldro” (Welsh for ‘revolution’) kicks in with a wonderfully fluid groove from the drums and bass. It’s very sunny sounding, but the minor key hints at caution with one of the lyrics translating as "Don’t, don’t forget that your heart is in the revolution". Musically it sets her stall out perfectly, busy synths with a breathy vocal and an undertone of political insurrection.

There are nods to other artists too, “Sisial Y M” channels Moon Safari period Air. With a similar grace of that album’s “Kelly Watch The Stars”, it floats along with a gossamer light touch, Gwenno’s voice drifting in and out, lending it a celestial grace. “Stwff” sounds like someone moving the dials on a radio, with what sounds like the singing of a protest march and space-age sounds emerging before settling down to a two chord piano stab that recalls Dusty Springfield’s collaboration with the Pet Shop Boys "What Have I Done to Deserve This?".

“Dawns Y Blaned Dirion" feels like an intermission and the last song on side one of the vinyl, with a plucked, reverb heavy bass it sounds defiant and curious and sets up the second part of the record beautifully, blending into “Golau Arall” which has that same blend of caution and wonder in its vocal that Bjork brought to “Come To Me” on Debut.

The title track couples ominous music with a joyous vocal, and what makes it so interesting is that one of the lines translates into English as "Let us rejoice in the continuing success of our glorious tyrants", proof that political music doesn’t have to be hectoring.

Sung in Cornish, the closer “Amser” is the highlight. It could have been the closing theme for the 70’s Sci-Fi film Silent Running (which ends with a robot, having been abandoned by humans, tending plants alone on a spaceship) and it’s just stunning, melding warmth, grief and ultimately hope. It’s so beautifully melancholy it’s almost overpowering to listen to and ends with what sound like a fading heartbeat. In terms of majesty it’s up there with Mwng’s centrepiece “Sarn Helen”.

Given that the words are sung predominantly in a tongue classified as a ‘co-official language’ by the EU (there are twenty four ‘official’ languages’) the melody and mood have to work harder than they would if sang in a familiar language. The task is to grab attention and empathy and convey the emotion of the lyrics in musical rather than literal form and Gwenno pulls this off beautifully.

Owain Owain wrote the sci-fi novel on which the album is based and tellingly he also founded the magazine Tafod y Ddraig, dedicated to preserving the Welsh language. Y Dydd Olaf is a marvellously magical mixture of elation, anger and sorrow and is very lovely indeed. With the opening salvo of her solo career Gwenno has added another album to the growing list of this year’s highlights.