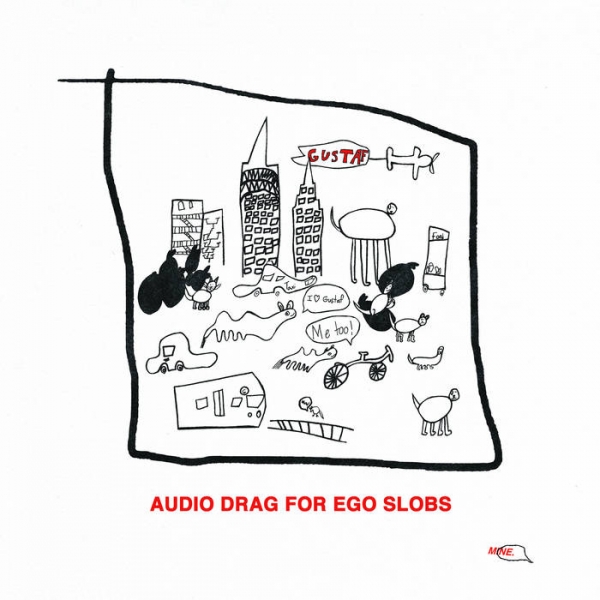 Gaining a reputation for being one of the “hardest-working bands” in one of the most competitive cities in the world - New York - shows considerable dedication. Yet that was what Gustaf, the 5 piece “post-punk” band, achieved, building robust relationships across the metropolis through their high-octane live performances. Occasional gigs with the likes of Beck and James Chance doesn’t hurt either. Three years after forming, Audio Drag for Ego Slobs is Gustaf’s debut album, although it sounds like the work of a much more accomplished band.

Despite channelling 1970s Lower East-side punk, with furious drum rolls and frenzied vocals, the album achieves a sound of its own. Book, the lead single, with its upbeat bassline and almost mocking vocal delivery is an instant highlight. The hook: “I got ahead, I got a head”, is a taunt which refers to the cyclical nature of ups and downs in life. This shows that the song is much less heartless than it first seems. The wild inflections of “I had, I had” add to the playful, teasing vibe.

On “Best Behaviour”, lead singer Lydia Gammill continues to put her idiosyncratic stamp on the record, this time, on a slick, groovy instrumental. Unlike most of the album’s tracks, “Best Behaviour” was produced in a studio – it's more laid-back, yet oozes the sly character that is one of the album’s central themes. This time, the track pokes fun at the self-obsessed egotistical nature of imaginary characters. Both the singles provide reminders that life doesn’t always have to be as serious it is.

The mischief-making continues with “Dog”, a quirky cacophony of wolfish chants and dog noises setup against a sidewalk narrative, brimming with the New York streetscape that immediately engages. The album closes with the ballad-esque “Happy”, which feels out of step, failing to build on anything in the preceding songs.

There’s a rough finesse to each track, one which is clearly purposeful – the production and instrumentation is strident yet incisive. It feels churlish to critique such a lively, soul-cleansing burst of energy, especially since the album is filled with hints of killer choruses trapped just beneath the surface and itching to break through. Audio Drag For Ego Slobs is a striking debut album and Gustaf will start to soar when they gain greater confidence in their musical instincts.