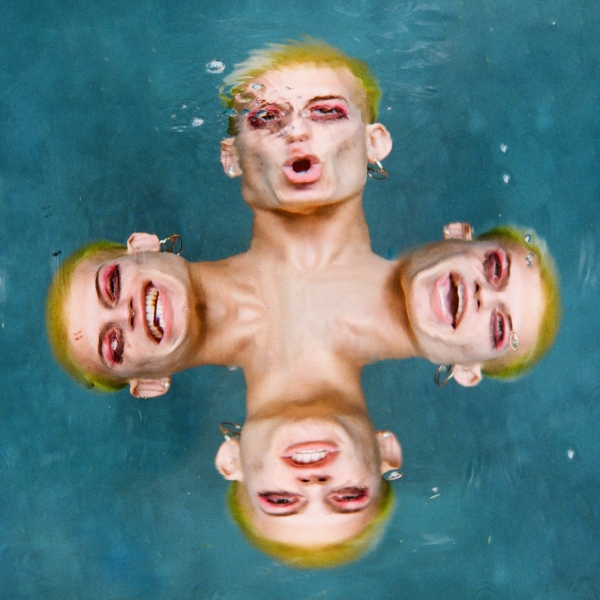 Where Polly People Go To Read is an exercise in self-expression for NYC resident Gus Dapperton.

The New York singer, multi-instrumentalist and producer gained momentum after a series of EPs including Yellow and Such and You think You’re a Comic amassed him millions of streams and accreditation from Vogue, The Fader, and others, before a series of sold out shows around the world. Where Polly People Go To Read comes as his debut album, materialising out of a storm of success that is influenced by the tumultuous journeys of his personal life.

“A long time ago, I drew these ambiguous, genderless ‘Polly People’ in doodles,” he says. “They’re open-minded characters, sort of like aliens, who would exist in the universe inside of my head. They’re eclectic creative types who aren’t afraid to be themselves. They live in an alternate dimension. For the album’s sake, it just means this is the place they go to congregate, study, and whatnot. It’s all in my mind.”

"Verdagris" opens the album with playful percussion and a catchy bass riff that is covered with a signature '80s-sounding synthesiser that has become increasingly recognisable from Dapperton. This jovial continuation on the album comes as a defining characteristic with "World Class Cinema" keeping this minimalistic percussion that drives lines like "I feel like I’m famous every time we’re alone".

"Eyes For Ellis" shines a different light on the artist with a sense of euphoria that comes from the danceable synth lines that push the chorus into a heavenly place of textures and layers. Moving into the middle section we are given an unexpected tempo change that pushes you off guard and back into the hypnotism of his arrangements.

Searching for a soundscape that could reflect his personal treacheries, Dapperton used a variety of instrumentation including an out of tune piano and TR-626 drum machine to piece together a record that could be dimensionally accurate to what he imagined.

Nostalgia enters the spotlight in "My Favourite Fish", the single that describes the name that his girlfriend had called him over the summer and how perfect it is to be in love. The track is blissful and one of the happiest on the record with thematic repeats on different instruments throughout.

Where Polly People Go To Read is Dapperton’s invitation to us into his dimension, filled with summer sunshine arrangements, but peppered with timely moments of that sunlight disappearing behind the clouds. Performed with an idiosyncratic array of synths and growling vocals, the album is consistent in its sound and a promising continuation of success for Dapperton.