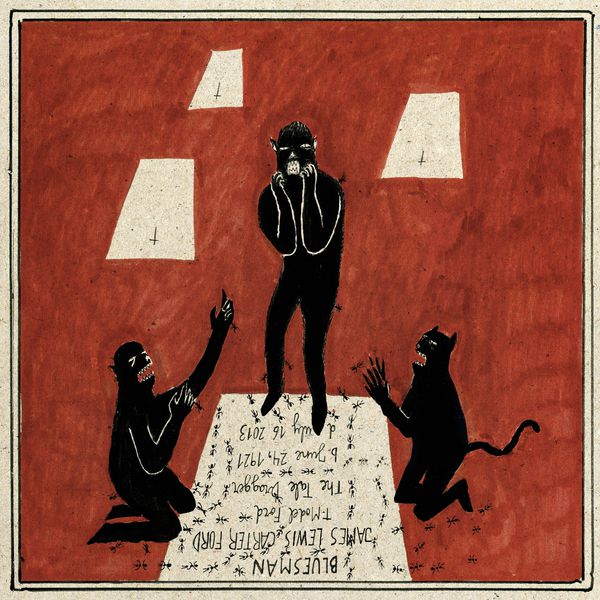 Taking their name from the patron of their home-town, the virgin of Guadalupe, it’s of little surprise that there’s something transcendental about the eponymous new release from Spanish trio Guadalupe Plata. Fusing together the musical traditions of their native country with delta blues and anarchic psychedelia, pressing the play button is somewhat akin to the ingestion of peyote.

A fitting comparison then, given that the first two minutes of the record also feel like the first tentative steps in to a dust-caked Mexican border-town - sleepy, for now, but with an ever-apparent air of danger beneath the surface. And whilst the first couple of minutes of the record are indeed innocuous enough, it doesn't take long before listeners will find themselves in a chaotic whirlwind of thunderous percussion, slide guitar and almost-incomprehensible string bends. In short, it's completely insane and utterly fantastic.

Given that the lyrics, sporadic as they are, are sang entirely in Spanish, you'd be forgiven for assuming that non-speakers of the language would be at an immediate disadvantage, but that just isn't the case, what little lyrics there are only adds to the record's intensity and mystique. Should you be fluent however, you'll find yourself privy to dark mythologies concerned with the devil, Jesus, rats, black snakes and cats; narratives all befitting of the long shadows and sprawling vistas conjured by the album's instrumentation.

Guadalupe Plata isn't just a record of full-throttle desert freak-outs though. Tracks such as “Serpientes Negro” or “Agua Turbia” reign in the psychedelia in favour of woozy and desolate meanderings, toning down the record's intensity and providing its listeners with some much needed moments of respite. That said, these moments are as fleeting as the album's lyricism and it doesn't take long before listeners are once again whipped in to a steel-stringed frenzy. You might not speak Spanish, but great music is universal and this, is unequivocally that.