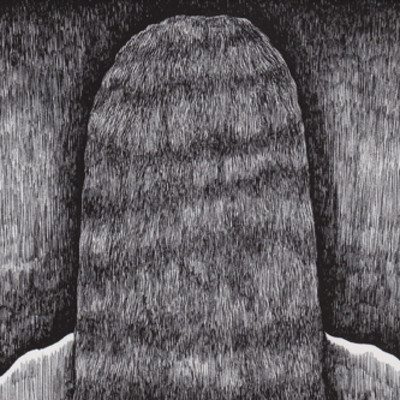 They may not be booking stadiums just yet. But in their own realm, Grumbling Fur are undoubtedly a bona fide supergroup. The fact that the participants operate on the outer fringes of what can still be labelled as rock without invoking the fury of Trading Standards Agency might explain why the hype-counter hasn’t clocked up the kind of impressive readings that are usually the initial outcome when mainstream stars lock instruments with fellow high profile musos. Creatively speaking, though, this collaboration between likeminded metal, doom and odd-folk orientated Brits and Finns (including Alexander Tucker and Jussi Lehtisalo from Finnish Kraut-metal geniuses Circle) proves a whole lot more satisfying than the bloated blues/boogie workouts traditionally dished out by off-duty Grammy winners, even though the record’s built entirely on that least promising of raw materials: jamming.

Be warned, then: a high resistance to noodling is probably a prerequisite to enjoying Furrier. Recorded during a single all-day gathering in South London, the album, featuring painstakingly edited highlights from the marathon session, captures the musicians initially probing and exploring a range of riffs, themes and moods in search of a mutually agreeable direction. Which occasionally proves elusive. But the odd spots of idling are compensated for by moments of real inspiration, with chants, grooves, drones and disfigured metal riffs gliding by as the participants move restlessly – at times maybe a bit too hastily – on to the next thing.

The careful editing injects a welcome sense of momentum to this document of the epic workout. At first, the sprawling noises generated by guitars, percussion, a range of keyboards and the occasional splash of human voice appears hesitant and muted, sleepily drone-y and seemingly emerging from amidst deep clouds of disorientating, lethargy-inducing smoke, if always enchantingly strange and bubbling with sinister intent.

Gradually, we’re led to more high octane terrains, as the freaky chant of ‘Sommaren Är Här’ (that’s ‘summer is here’ in Swedish for the non-Nordic folk) melts into the subtly electronic, pulsating Krautrock groove of ‘Orb of the Woods’. The marathon workout ‘Bears Wandering Into Milky Chapel’ is even better, a seemingly endless cavalcade of weirded-out, raw doom-laden power that suggests some fearsome mythical beast giant grunting its way through the woods, crushing everything under its giant paws en route. Furrier turns out to be an apt choice for a title, as there’s something decidedly hairy about the proceedings: you wouldn’t want to encounter the likes of ‘Siberian Priest’ – a none-more-black percussion and chant powered vehicle seemingly on the loose from the latest Master Musicians of Bukkake product – on the remote tundra.

Is it the best thing the participants have put their names on? No, of course not. But Furrier does reverse the curse of supergroup side projects by actually being of genuine interest even to people who didn’t participate in the recording.