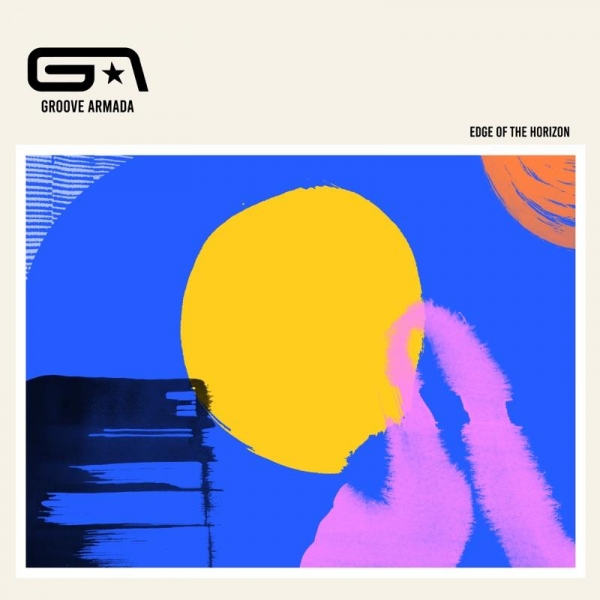 Andy Cato and Tom Findlay have been slowly mutating the sound of Groove Armada for over two decades now. During that time they’ve dropped what are now electronic music staples such as ‘I See You Baby’ and ‘Superstylin’, alongside the Marmitesque ubiquitous ‘At The River, a mandated entry on every single ‘Beach Chill’ playlist ever.

Since the release of their 2007 career highpoint, Soundboy Rock, they’ve shifted quite drastically from chart friendly dance to more diverse flavours. That album contained ‘Song 4 Mutya’, a reimagining of the Human League fronted by Sugababe Mutya Buena, if you listen back to this now, the influence that track had on its immediate pop landscape, then, and right up to present times can’t be denied (Hi Dua!).

Their last album, 2010’s Black Light played with this formula, but incorporated seventies rock, pop, and further eighties flavours, almost as if they wondered what would happen if Roxy Music existed during the age of early eighties synth pop, or the acid house era, a wonderful collection of tracks which came from the dancefloor but looked firmly at being enjoyed at home. Since that album they’ve spent the past decade concentrating on Djing alongside running the Lovebox music festival, and creating standalone DJ friendly tech house tracks, however those more underground sounds haven’t particularly influenced this ninth long player, Edge Of The Horizon.

Inspired to record again after putting their live band back together for gigs, they revisited the left overs from Black Light which have very much informed this collection. Nick Littlemore appears (as he did extensively on Black Light) on ‘Get Out on The Dancefloor’ which is text-book GA, fizzing synths, eighties influenced drum pads, a massive hands in the air midpoint, uplifting basslines, sure, its tried and tested, but they’re the best at this kind of thing. That track, and 'Tripwire', a jittery coke era Elton John romp in a club in 1975, also featuring Littlemore, points out how frustrating his day job as pivotal points of both Empire of the Sun and Pnau is, neither act has achieved the heights reached here despite his proven talent for wonk-pop.

The dry ice evocations of ‘Holding Strong’ is a yearning piece of electro fused with an anthemic power ballad stripped of the cheese synonymous with the genre, the multi-layered synth breakdown, then introduction of huge pounding drums is purpose built for that hands in the air moment at the festivals and gigs we can no longer go to. The sound of the eighties continues on the title track, drum pads lifted from A-Ha underpin a showstopping vocal by Jessica Larrabee (She Keeps Bees) resulting in a full blown Tango In The Night era Stevie Nicks, a high point of the album.Elsewhere the sound of Hall & Oates hits are referenced on the Todd Edwards fronted ‘Lover 4 Now’, ‘I Can Only Miss You’ is the sound of million one hit wonder soul balladeers, while ‘What Cha Gonna Do With Your Love’ is a what if Jam & Lewis were still producing moment of sophisti-pop brilliance.

Edge of The Horizon rarely moves away from the mid-tempo switch which does make you scream out for a euphoric ‘Paper Romance’ or ‘Cards To Your Heart’ moment, so effective on their last album. That said, with twenty years down the line, the fact Groove Armada remain one of the UKs most reliable electronic acts unafraid to venture away from the template with wide eyes is mightily impressive.